For disclosure purposes V-Publishing have kindly sent me “Failure is an option” for my review. All the words and opinions below are my own having read Matt Whyman’s latest book.

Matt Whyman is an author who has penned a number of novels as well as several non-fiction books. In his latest book “Failure is an option”, Whyman takes the reader on his journey as a runner, from the beginnings in childhood to getting involved with parkrun as a parent, through to tackling ultra-marathons as he tests his limits to see where they are.

“Failure is an option”

Matt Whyman’s running journey starts out as a school child trying to fit in with his peers and culminates in his desire to tackle a tough multi-day ultra-marathon, the Dragon’s Back race across Wales.

In between these two points are many ups and downs which many runners will recognise. From dismissing parkrun as something he wasn’t interested in, to becoming obsessed by it, or from learning the hard way about tackling races of all distances to going on to succeed in them, Whyman brings a light-hearted, yet brutally honest tone about his experiences. His account of trying to tackle the London Marathon without any knowledge about appropriate training, nutrition or hydration in the early stages of his running journey contrasts starkly with the obsession over such matters whilst preparing for the Dragon’s Back race and demonstrates his determination to not only get the best out of himself, but also to see what he could actually manage to achieve.

Throughout many of the chapters in the book, Whyman covers the build-up to the Dragon’s Back race as a preface to the unfolding journey that ultimately leads to this tough race, one that he admits himself might be beyond his capabilities. but without trying, he would never know.

I found “Failure is an option” an entertaining read. Whyman talks about the “failures” as equally as he does the “successes” and is absolutely honest about both. This makes it far more accessible to the reader as it is a realistic view covering many of the challenges that most runners have experienced in some amount or another. Whyman demonstrates time and again that the best laid plans don’t always work out as intended, yet actually the fails are all points to learn from and build on in order to find the next success. His ability to not give up is one that will strike a chord with many runners and shows that someone who classes themselves as ‘an average runner’ can go on to achieve something far beyond what they thought they first imagined they could. Well worth a read.

“Failure is an option” is available from V-publishing from 14th April 2022 at the following link: https://www.adventurebooks.com/collections/non-fictions-stories-running/products/failure_is_an_option 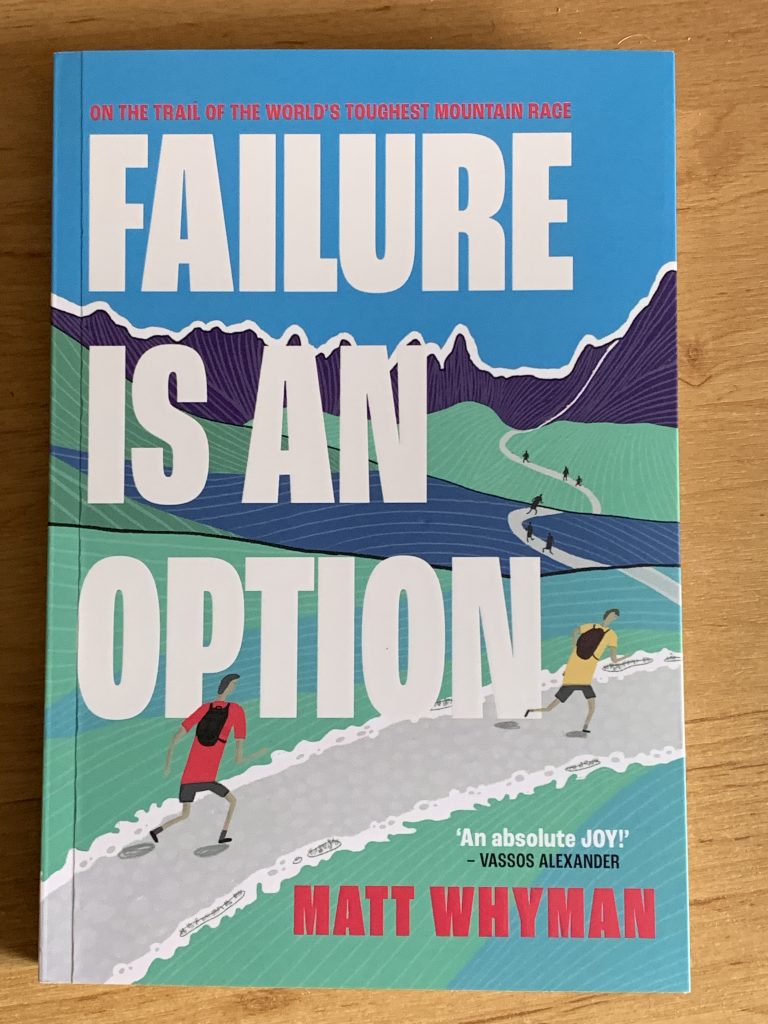