It’s been a couple of weeks since the last update.

Life, as usual, has continued in it’s own rather ordinary way but the week itself has been less than straightforward.

Thursday morning was disturbed by some of the worst nightmares I’ve had in years. I don’t know what the trigger was and it was totally out of the blue. Mark and I had never made it to getting married, instead we split up. I went over and over what had had gone wrong whilst family events coming up were being planned around and on regardless. There was no logic to what was going on and the emotional feelings were equally uncertain.

More often than not when I dream, I begin to realise it was a dream as I start to wake up such that when I wake properly I know it was a dream. This time it wasn’t so clear cut. I woke very confused and unable to immediately establish what was real and what was imaginary and the whole thing played on my mind all day.

I got home from work to a message from Mark’s Step-Mum and having a long chat with her seemed to help settle me down again.

It’s been another dry day today and I took the camera out into the back garden: 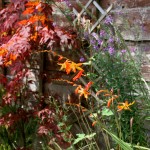 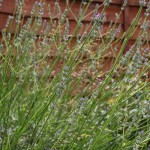 A cutting from the original lavendar bush in the garden 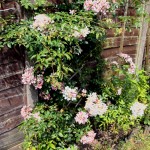 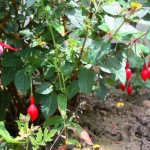 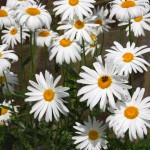 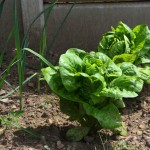 Lettuce – probably needs to be cooked before I can eat it…. 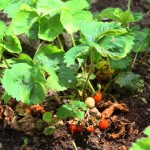 Straweberries – definitely need cooking before I can eat them!

Be the first to comment on "A bad dose of fantasy"