I took a trip into Manchester today. A social and lunch-based trip, something I don’t do as often as I ought to.

With the advent of the internet, I have been able to make friends and contacts worldwide (perhaps a literal use of the term Worldwide Web) and whilst it is good for keeping up to date with people, it can never replace the enjoyment of meeting people face to face.

My relationship with Manchester is a little odd, but probably no moreso than that which most people have with their surroundings. I mean, for 10 years I dutifully travelled on a variety of trains to get to work in the business centre of the city. Yet during that time, I never really looked at the place as anything other than a location with my office within it.

In fact, it was only after I moved jobs and out of the city centre that I actually thought about taking some photographs of the place.

It’s something I do whenever I’m playing the visitor. The camera is out, catching the essence of a place. So one day in 2010, when the sun was shining (something that needed to be captured as proof) I wandered around the city and really enjoyed taking in the vast mixture of weird and wonderful, old and new architectural styles.

There’s a whole heap of these pictures on my Flickr page and a load more I seem to have misplaced but the ones on here give a bit of an idea of the modern versus the traditional styles.

Anyway, back to today, we had a good walk around. First we looked for an independent coffee shop, which is actually more difficult than you might have imagined. At least it was more difficult than I’d realised, and was pleased when we snuck off to the side of St Ann’s square into a small arcade to find one there.

We then took the long route around to Afflecks Palace. This is unsophisticated coding for the fact I got lost trying to navigate through the Northern Quarter from a direction I’ve never tried before.

We passed a long queue of people and it took all my determination to not join the queue. I mean, it must be something exciting, yes? All these people? Anyway, having trawled the Palace of Affleck and walked back past the queue I decided to ask someone what was going on.

Apparently it was a sale going on in a shop I’ve never heard of.

I’m glad I didn’t join the queue, what a disappointment that would have been……

Instead I spent some money in an Army & Navy surplus store on Tib Lane where I found a nice Polizei coat which complements an existing item in the collection. No queuing necessary.

With lunch in Piccadilly Gardens and afternoon tea at the Richmond Tea Houses (near the Crown Courts) the day was pretty civilised.

Which is always a nice touch! 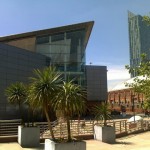 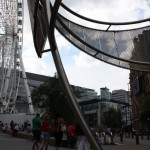 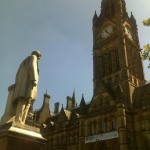 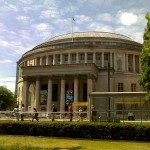 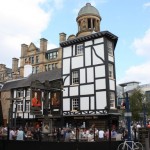 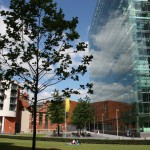 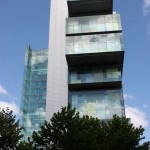 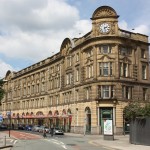 Be the first to comment on "Another look at Manchester"