I have generally had a conservative approach when I have purchased mobile phones in the past. For me, the modern smartphone still operates primarily as a telephony device. I appreciate that this is becoming less and less common, but if I’m unable to make & receive calls, and likewise texts, frankly a mobile phone isn’t a great deal of use to me.

Not that this means I don’t use any other functions, far from it. I would say I am reliant on having my calendar and contact list no hand such that changes and updates can be made on the fly. GPS is important too, with my phone doubling up as Satellite Navigation system in the car since my previous TomTom gave up the ghost. And I use the internet functionality and play the occasional game whilst sitting on the train going places. A reasonable camera is useful quick snaps, although I prefer my ‘real’ camera for anything serious.

What I really mean is that gaming isn’t my primary focus, followed by facebook and watching the latest films. As a result, when I’m looking for a phone, my wants list might be slightly different to other peoples. Whilst not a man-monster, I’m still quite a large person and my eyesight isn’t as it used to be and with these points in mind my wants list is broadly:

Whilst there are probably more options to mobile phones than ever before, and the lower-end smart phones are getting relatively more sophisticated, for what I wanted, in the UK market, was still more pricey than I wanted. So I looked abroad to China where the mobile phone market is exploding too, and with brands we’re less familiar with in the UK. Often at competitive prices.

Having looked at a number of options I purchased a Xiaomi Redmi Note 2: 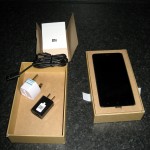 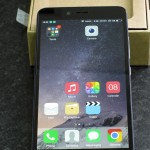 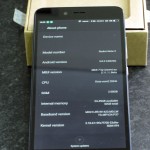 Xiaomi handsets are not that widely available in the UK and as such I had to import it from China. That said, with all costs being told, it worked out at a similar price to the latest iteration of the Moto G phone of which I had the 2013 edition (OK phone, poor camera).

There are all sorts of rumours and concerns about spy-software being installed on  Chinese products (probably not helped much by the Lenovo  computer debacle earlier in the year) and so the first thing I did was to replace the phone’s operating system with a stock one from within Europe.

Visit the Xiaomi.eu forum here for the details.

The Note 2 uses the ROM codename Hermes and the current official MIUI ROM options are here if you don’t want to go for the forum developer’s approach.

Here’s a guide for installing a new ROM.

Whilst this sounds technical and complicated, all it required was the download of the relevant file, copy across to the phone and click ‘update’ on the phone. After which several weird/wonderful icons vanished (they may have been fine, but I’d rather not take the chance).

The Xiaomi Note 2 runs a version of Android 5.0.2 called MIUI 7. Which to the untrained eye, looks rather like a blatent copy of Apple’s iOS. The clock on the front screen looked to be in the shape of Apple’s logo, but that could just have been my poor eyesight and active imagination……..! 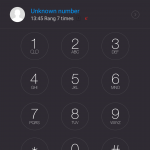 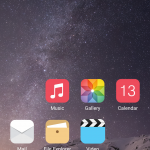 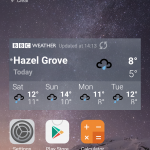 The screen is a step-up from my old Moto G, crisp bright and clear and a pleasure to use. Despite being in the same price bracket, the Xiaomi looks far more of a premium handset, although the plastic back does act as a reminder this isn’t a premium phone.

The Xiaomi Note 2 has a decent sized battery and on average I’m getting 2 days’ general usage out of it. Sure it would be less if I hammered the phone and was making more calls and streaming data more than I do. But despite the size, I reckon usage to usage it’s slightly better for me than the Moto G.

This is in part helped by the profiles option, whereby for instance one can automatically swap the phone into airplane mode overnight when I’m not using it. In fact the only problem I’ve found with this so far is that you cannot alter the ‘default’ state which has WIFI on and mobile internet and bluetooth off, which means that if I don’t remember to switch them on, all the data grinds to a halt immediately I’m away from the home router. Not a big problem, but a little irritating really.

The usual array of weird sounds emit from the device (Ogg Vorbis format) along with a choice of notification lights. I’ve heard a few comments that notifications have been delayed, although I’ve not experienced that. Of course, as the ROMs are updated weekly, it’s possible that there is an issue in a ROM I’m not using, but it’s worth pointing out.

This is something I’ve only ever seen on Xiaomi phones although it might be on many others out there.  There is a built in virus scanner, with data cleaner, block list and the ability to update the permissions of some apps, although this is clearly for advanced users (it provides a direct way to give an app root permissions)

Within the toolbox there is also a recording device, a radio, a compass, a scanner and the Mi remote program which allows the phone to work as a remote control for other devices in the house such as TVs/STBs. I’ve had a fiddle with this last thing but not got very far with it. But then I’m more than happy with my remote controller anyway, without asking my phone to do that as well.

This is one area I’ve not played much with yet, mostly due to poor weather (and a heavy cold). Again it’s a step-up from the 5MP camera on the Moto G, but in all honesty, most things are. The general feeling on the internet is that the camera is ‘OK’ – good, but not great, but not bad either.  Rather than rushing a pile of indoor pictures of the cat and of inanimate objects in poor light, I’ll do a bit more testing on this to give a range of shots.

I’ve made and received a few calls with the handset and so far, all has been fine with me being able to clearly hear the other party and vice versa.  Hands-free speakerphone again seems to work well enough too.

I’ve played a number of Youtube videos which seem to run very smoothly and the sound through the phone’s speaker is fine for my usage. I’ve not had enough handsets to be able to do a decent comparison, but this all seems as I would expect it to be, so I’d draw from that it’s basically OK.

In fact the only place I’ve had sound issues is on the Monopoly game from the Play Store, where the soundtrack is violently distorted. I’ve spoken to another user who found exactly the same problem and it appears only to be with this app. The sound quality was fine on the Moto G so whether this is some form of software/hardware incompatibility I’m not sure, but it’s worth being aware of.

To go against the grain and purchase a phone from abroad without the same amount of exposure as the brands I was familiar with seemed at first to be quite reckless. However, I’ve probably done more research into this handset than any other that I’ve purchased in the past. Coupled with the fact that actually Xiaomi are a massive brand in their home country and that the reviews over here of their other products being favourable, it actually seemed less of a gamble. And at £120 or thereabouts, a significant amount cheaper than most of the phones available in the UK that offer anything of a similar specification.

Yes there are a few niggles, however with an active developer network it feels like there is more ongoing support that with previous handsets I’ve had. And with not needing to root the phone, there remains the possibility of installing banking software on the handset (often these apps will not work on rooted phones).

Any questions about the handset, please drop me a line and I’ll do my best to answer them, or to point you in the right direction if I don’t know!

Well I’ve been using the Xiaomi Note 2 for a good 5 months now and on the whole the experience has been pretty positive with most things working as one would wish them to do. The weekly updates made available on xiaomi.eu have installed without problems although it has always been worth giving them a couple of days in the wild for any issues to come to the surface. The main one seems to have been things that affect battery life however generally this has been absolutely fine.

I was having a few issues with some apps not working quite right, and in particular those which stayed working in the background. For example getting my pebble watch to sync the step-counter data required me to go into the pebble app. And Strava had a tendency to keel over during workouts.

However I *think* I have  got to the bottom of both of these issues, and I wanted to add to the write-up to cover this point as it wasn’t entirely obvious.

MIUI, the Xiaomi-chosen skin for their handsets comes with a very aggressive memory manager which works very hard to make sure that apps don’t lounge around in the background eating up CPU and battery. Whilst this is great in principle, it does tend to be rather draconian in the way it operates.

However the solution is under settings > additional settings > battery & permanance > manage apps battery usage. By going into this setting one can, on and app by app basis, go through and adjust how this memory manager works with different apps. So if there is an app which isn’t working quite right, there’s a pretty good chance it can be fixed by amending its settings under here. Certainly my pebble and Strava matters have been resolved through this.

Be the first to comment on "Xiaomi Redmi Note 2: Hands-on"