I’ve been actively bell ringing since my mid 20s when I learned the art as part of the “Ring in 2000” Millennium call to action which sought to get as many church towers with bells to be rung on 1 January 2000.

Since then I’ve had spates when I’ve done a lot of bell ringing, but over the last few years that has tailed off as the rest of my life began taking up more time and me getting involved in other activities. As such my ringing tends to be focussed on my local tower which is enough for me.

That said I do get involved in a few group activities and am a member of several Guilds of bell ringers (a Guild is generally a geographic group but can include national groups based on occupation or other common factors). Not all of it involves actually ringing the bells, as I’m an advisor for my local Guild for undertaking inspections of bell installations to help the local bands with issues which are beyond the general day-to-day maintenance of their bells.

A trip to Ashton & Glossop

Today’s trip was actually quite local for me which made it convenient to get involved; since being ill I get very tired quickly and long drives are something I actively avoid for that reason. 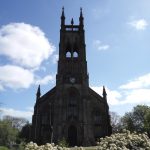 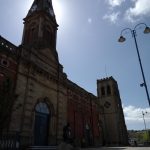 Stalybridge Town Hall with Holy Trinity in the background 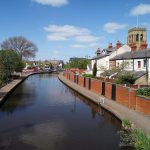 Stalybridge Holy Trinity in the background 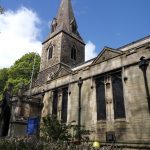 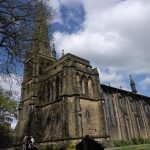 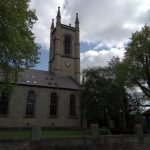 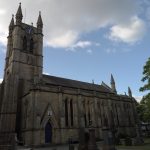 We rang a Quarter Peal in memory of a recently deceased member of the Guild at St Peter’s in Ashton which sits in the middle of the big roundabout opposite the main police station. Most of the band then visited the station to view a full peal memorial in respect of the two police officers murdered in Mottram-in-Longdendale in September 2012 as some of the ringers were involved in that peal, rung in November 2012.

This was the only ‘structured’ piece of ringing throughout the day, with it being an opportunity for all those present to visit and ring at the other 5 towers and to enjoy a pub lunch in the middle of the day.

All in all, an enjoyable day, some poor GPS signals resulting in some infuriating driving direction errors but I’ll remember it more about the good company throughout the day.

Be the first to comment on "A bell ringing trip"