As with last year I thought I’d document my trip away. Although perhaps with a few less details; I’m away for 10 days this time so that would make for a very long post. And I’m wordy at the best of times…..

Instead I’ll split the trip into two halves!

The first part of my trip is to Paphos, the home of the Logicom Cyprus Marathon (and half-marathon and 10k). Now into it’s 21st year it seems to be a very popular event. Indeed the number of passengers on my flight out of Manchester wearing running t-shirts was conspicuously high for ‘coincidence’ although most people I spoke to seemed to be just making a long weekend of it.

The flight was delayed out of Manchester due to the strong winds. Not because we couldn’t take off, but instead because we’d arrive too early for our slot in Paphos. In fact we arrived almost bang on time, although it still felt like we’d been sat on a plane forever.

The flights were the only bit of the holiday I had to organise, with transfers, accommodation and races all sorted via the organisers themselves.

The Aloe Hotel, where I opted to stay (cost grounds) is a decent building, perhaps benefiting from an update. But it’s totally fine for what I needed; food and a bed. 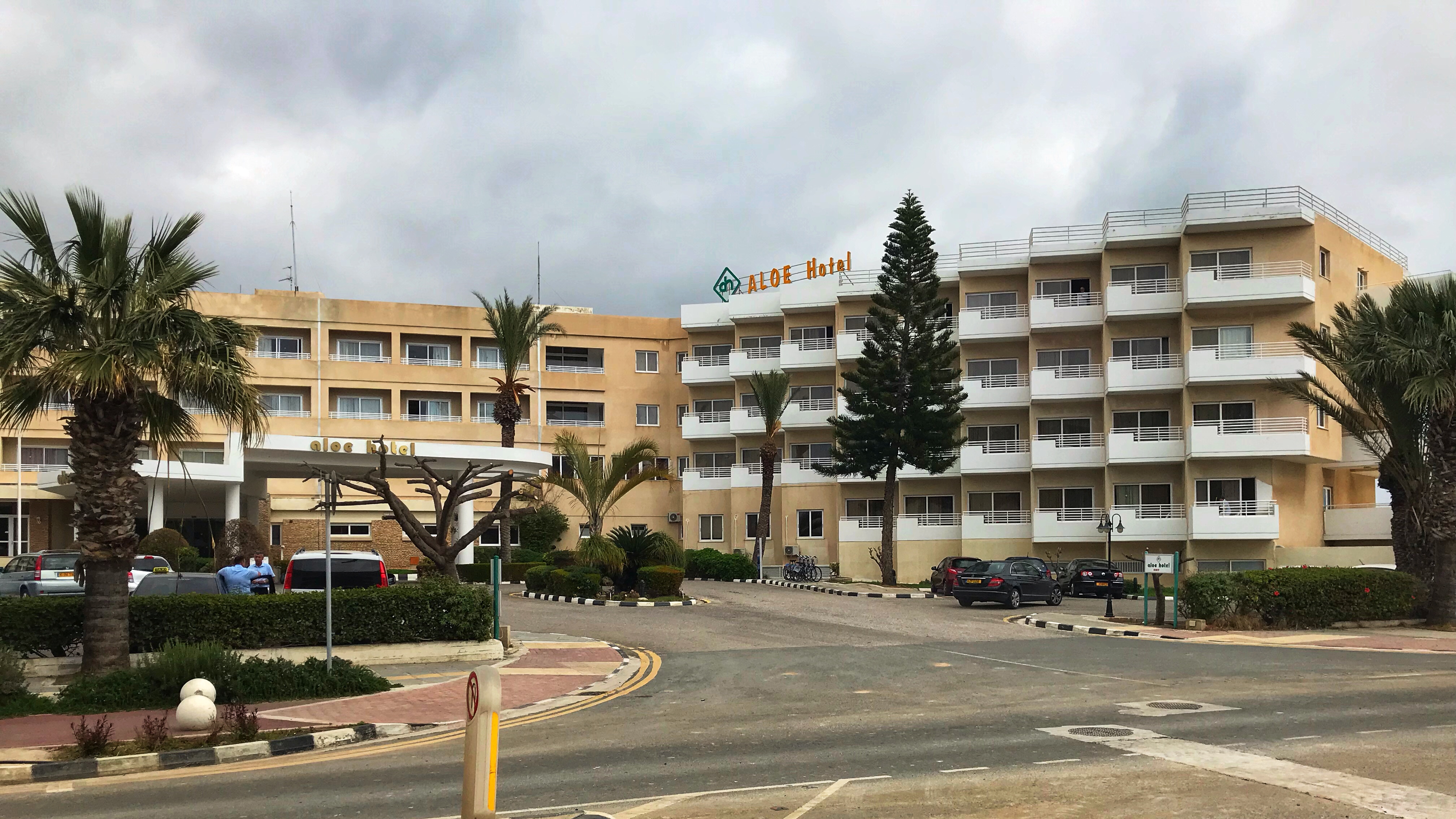 Having arrived after 9pm the hotel restaurant had shut, so I dumped my bag and went out to a local restaurant for food. I contacted another running friend who I knew was also at the Aloe to meet up for breakfast and had a walk along the sea front as having sat down all day I needed a leg-stretch.

The weather on Saturday morning was wet. Very wet indeed whilst we ate breakfast and caught up. However it did as they forecast and soon dried up and by lunchtime it was clear skies and lots of warm sun.

We met up with another runner and headed to the expo to see what was there – our race packs had already been delivered to the hotel. It was actually a relatively quiet event, a steady stream of runners collecting their numbers. 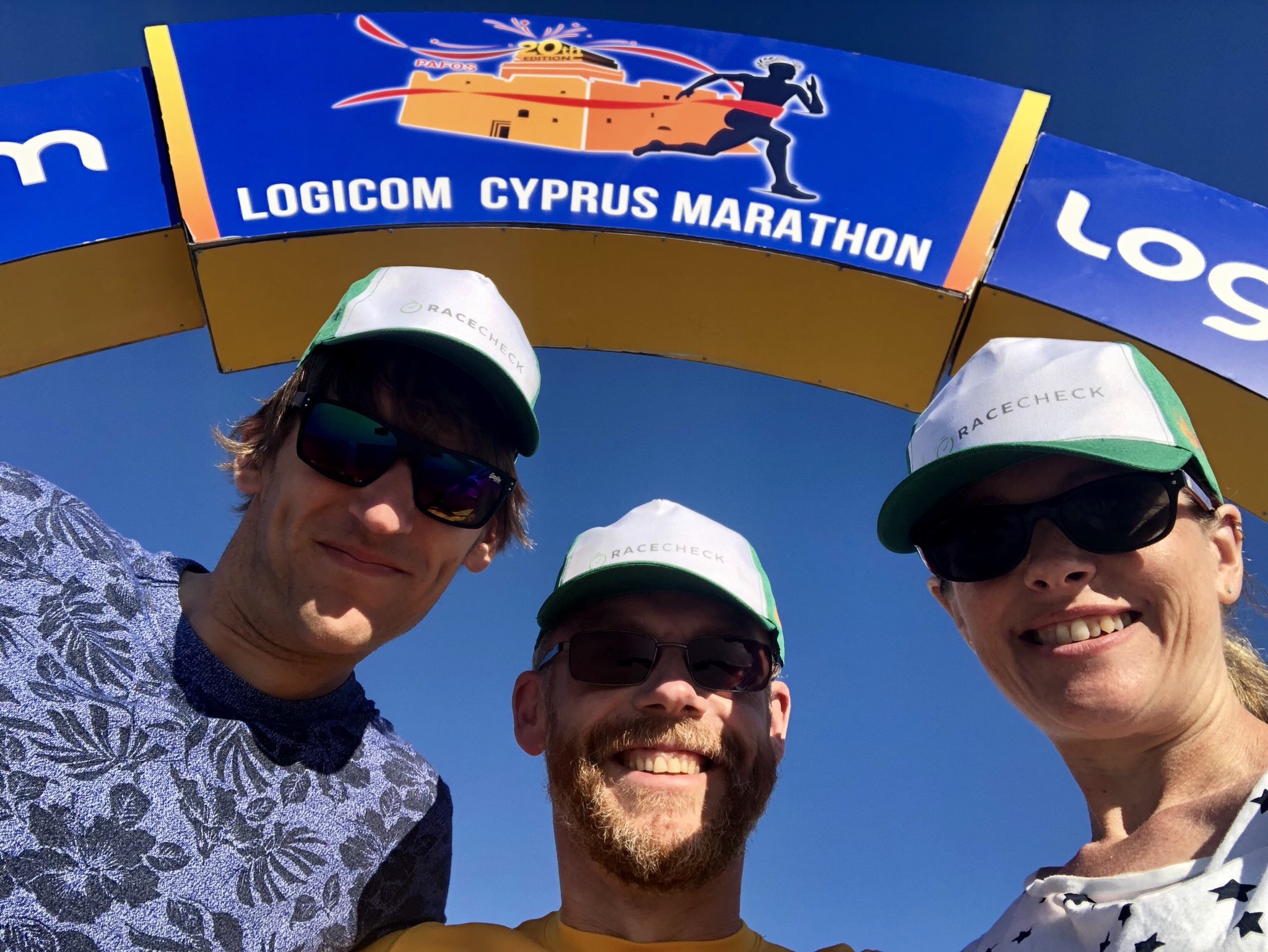 Whilst there was a bit of merchandise available, rather bizarrely there were as many items relating to last year’s race as this year’s one! Clearly there was a lot of stock left over! That said, having filled my hand-luggage to the max to survive 10 days, I’m limited to what extras I can get home (I think I’ll be wearing multiple hoodies and t-shirts on the plane back!!)

The half-marathon had a start time of 8.25am, just a little under an hour after the full marathon started, albeit in a different location.

I was a bit worried as to how warm it was going to get. Last year at Limassol, it was a a 7.30am start and I blew up in the race. But I figured if I kept up my fluids and took a steady race then hopefully I’ll get around in one piece.

The hotel was prepared and made their breakfast offering available a little earlier (although not early enough for the marathoners!) which meant I was all set and ready to go in ample time.

The half starts at Paphos castle, which is also the finish line for all 4 races going on, which made for a pleasant walk ahead of time to suss out the layout and to make use of the facilities.

We set off on time and headed from the harbour and along the main coastal road past all the hotels before taking a right to head along the coast to the 5k timing mat. From here it was back up to the main dual carriageway which was a mostly traffic-free route. In that that wasn’t any cars for most of the time, and then randomly one or more would pass. This section was a long out and back which gave us the first taste of the strong headwind!

Having done this we carried on a bit further along this road before starting on the second turn-around section which involved a gradual, but very long hill during which the wind was a general annoyance! But at least following the turning point it was easier and downhill!

I’d kept off my pace as planned and that seemed to be working out OK. We rejoined the latter part of the first out-and-back but then turned back towards the coast and back over the 5k timing mat – so just a parkrun distance to go.

Having slowed in this section and others catching me up, I picked up my pace a little. As we rejoined the hotel area and with passing the Aloe, I knew it was just another mile to go. There were distance markers but they were a bit sporadic and in metric (I think in miles so this doesn’t really help me). I powered on through the last section once the castle came back into view and pretty much sprinted the last section.

The time of 1.:34:04 only slightly quicker than last year’s Limassol, but the race was far better measured. According to the standings that put me 45th out of about 800 runners. Rather controversially I had a beer at the finish line; I’m predominantly tee-total as it can trigger my allergies. But I just needed something to quench the heat inside me! Thankfully all OK so far! So perhaps moderation (e.g. 1 beer a decade) is the way forward! 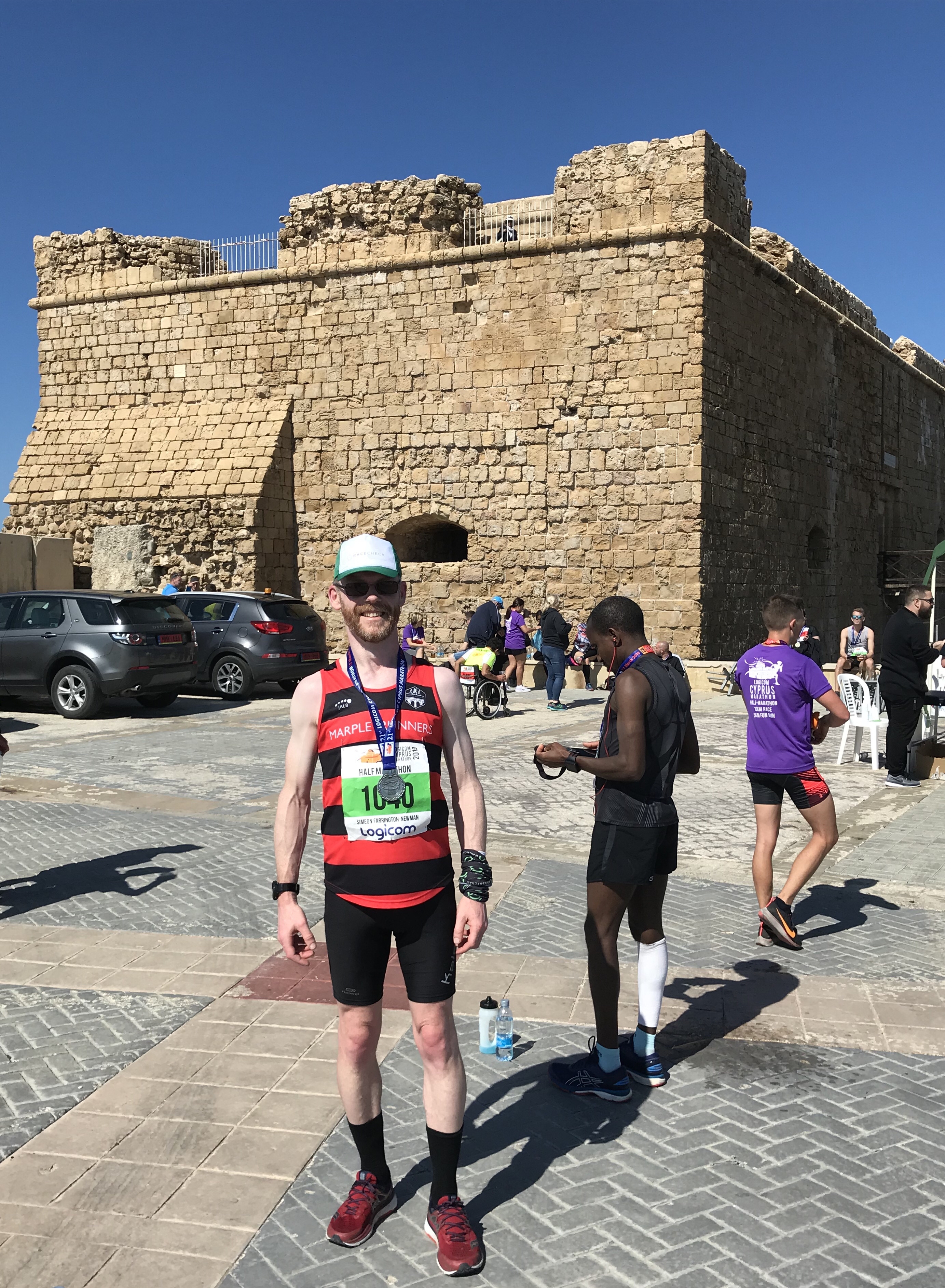 It might seem very much like a busman’s holiday, but when I found out there was a cat sanctuary just outside of Paphos, I didn’t need much persuasion to go looking for it.

This did involve having to hire a car. Which could have been easier if the companies were willing to do a single day hire. But it appears this is not the case (whether or not the insurance is sky high for a single day I’m not sure). But in the end I had to settle for a 2 day hire (they wanted to do 3 days, but I’ll have moved on by then!).

That matter sorted and it was following Google maps mis-pronouncing Greek road names as we headed up into the hills to Tala. When we finally got there, we found a place dedicated to looking after lots of cats. I mean, seriously lots of cats! 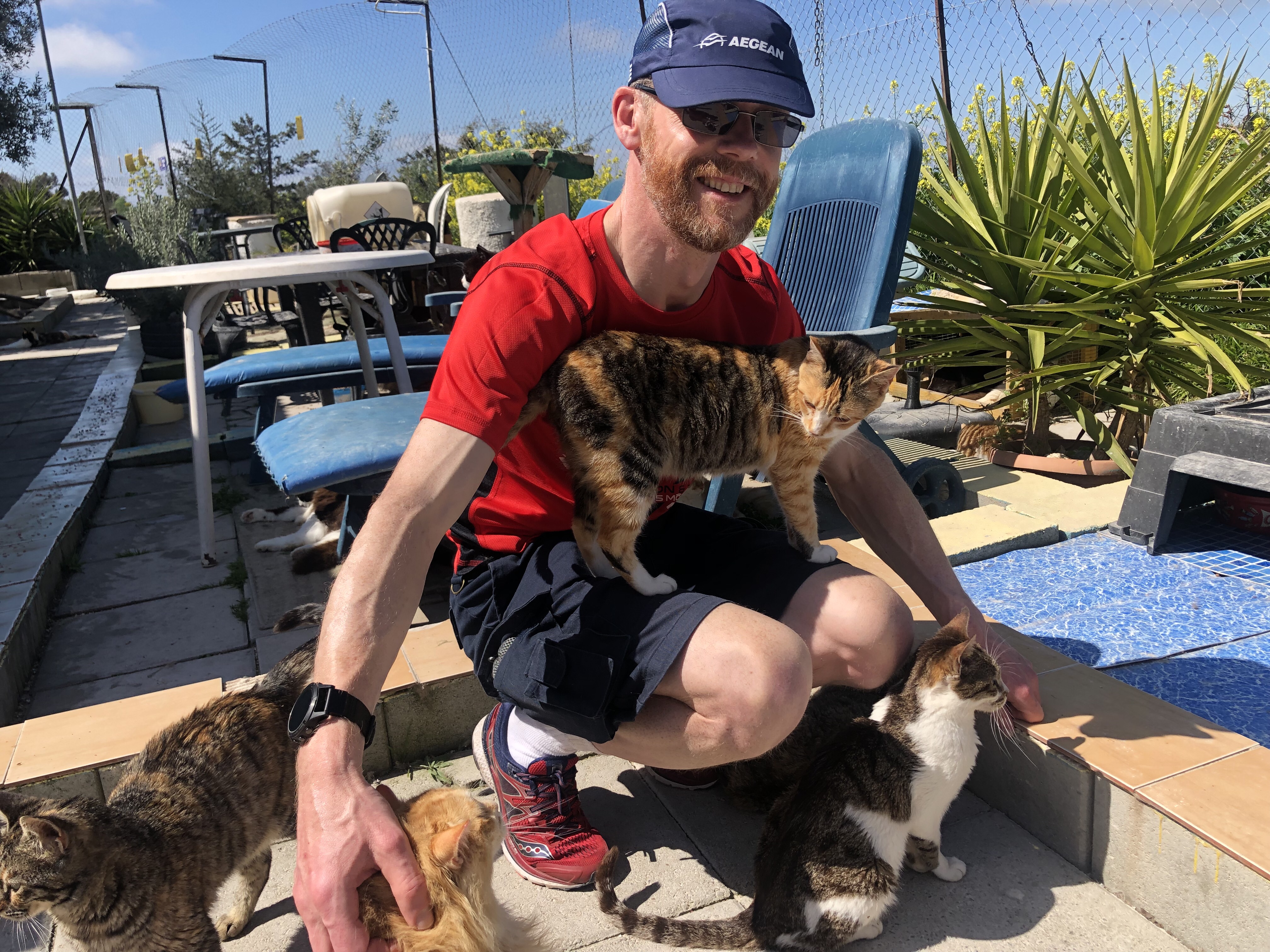 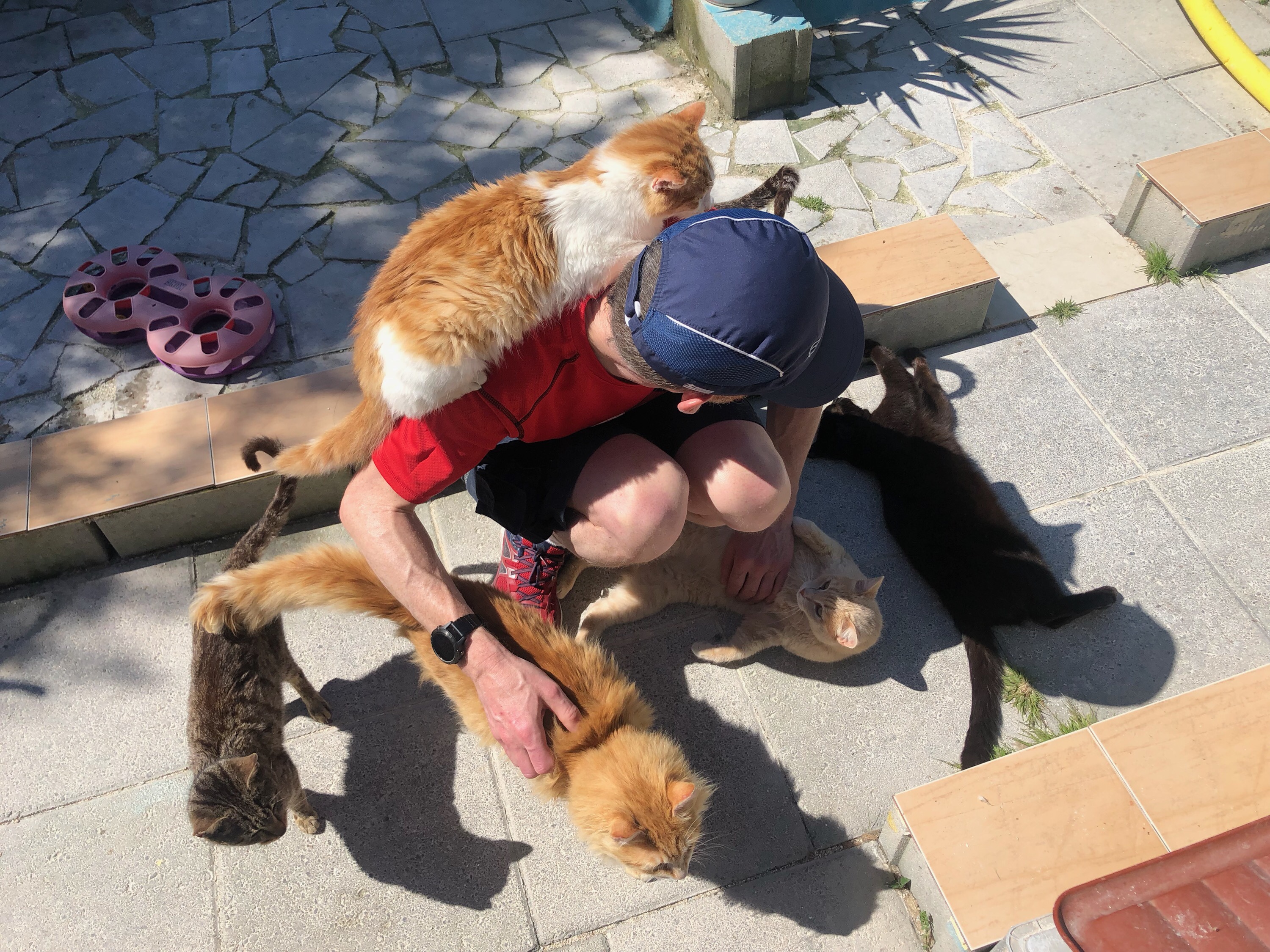 It was a very calming and furry couple of hours we spent with lots of cats that wanted some fuss, to a back-drop of even more cats that didn’t!

The rescue is in the grounds of the Agios Neofytos Monastery, and so after we’d had our fill of furries, it was off for a spot of seasonal religious-building bothering. 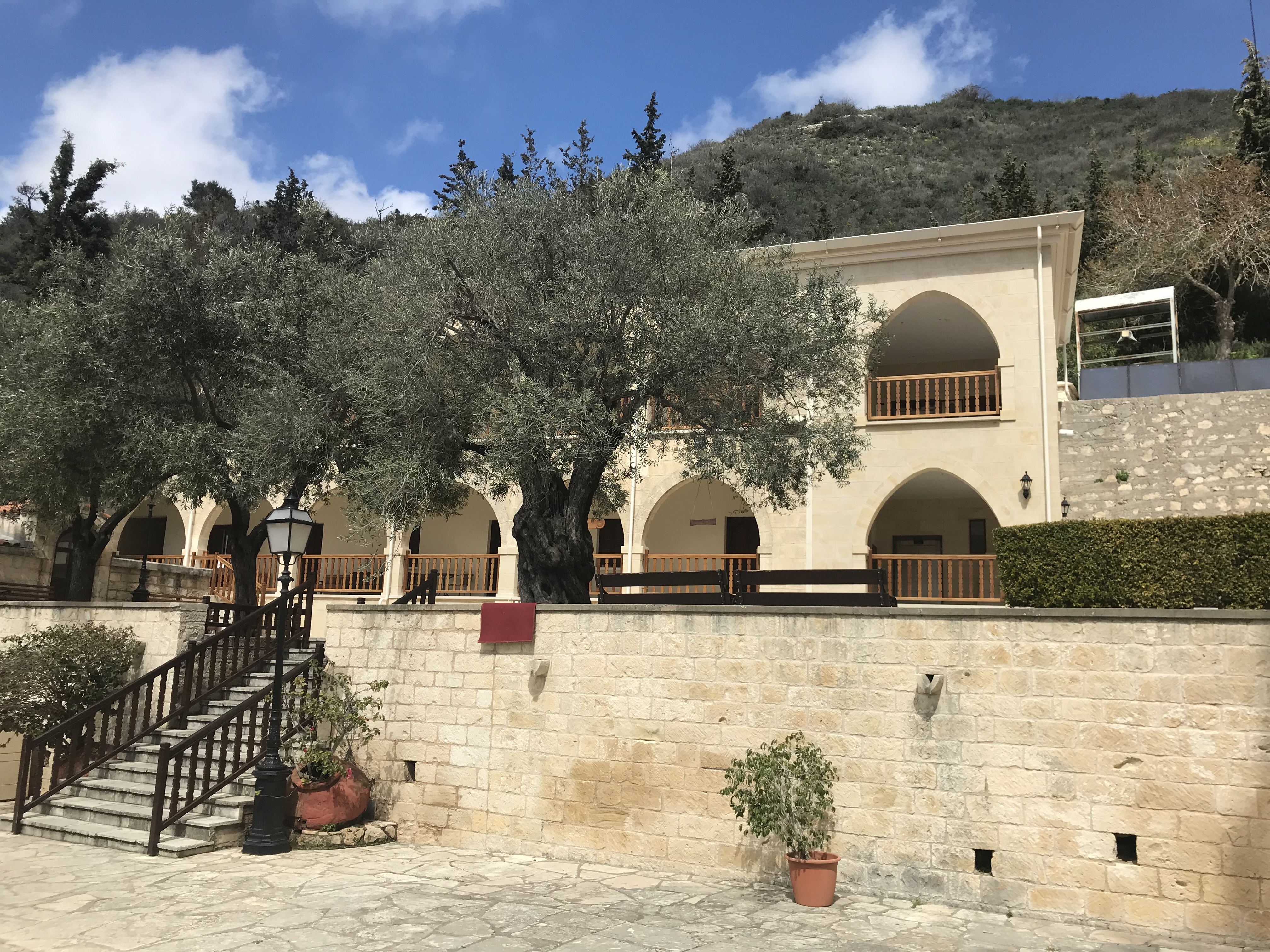 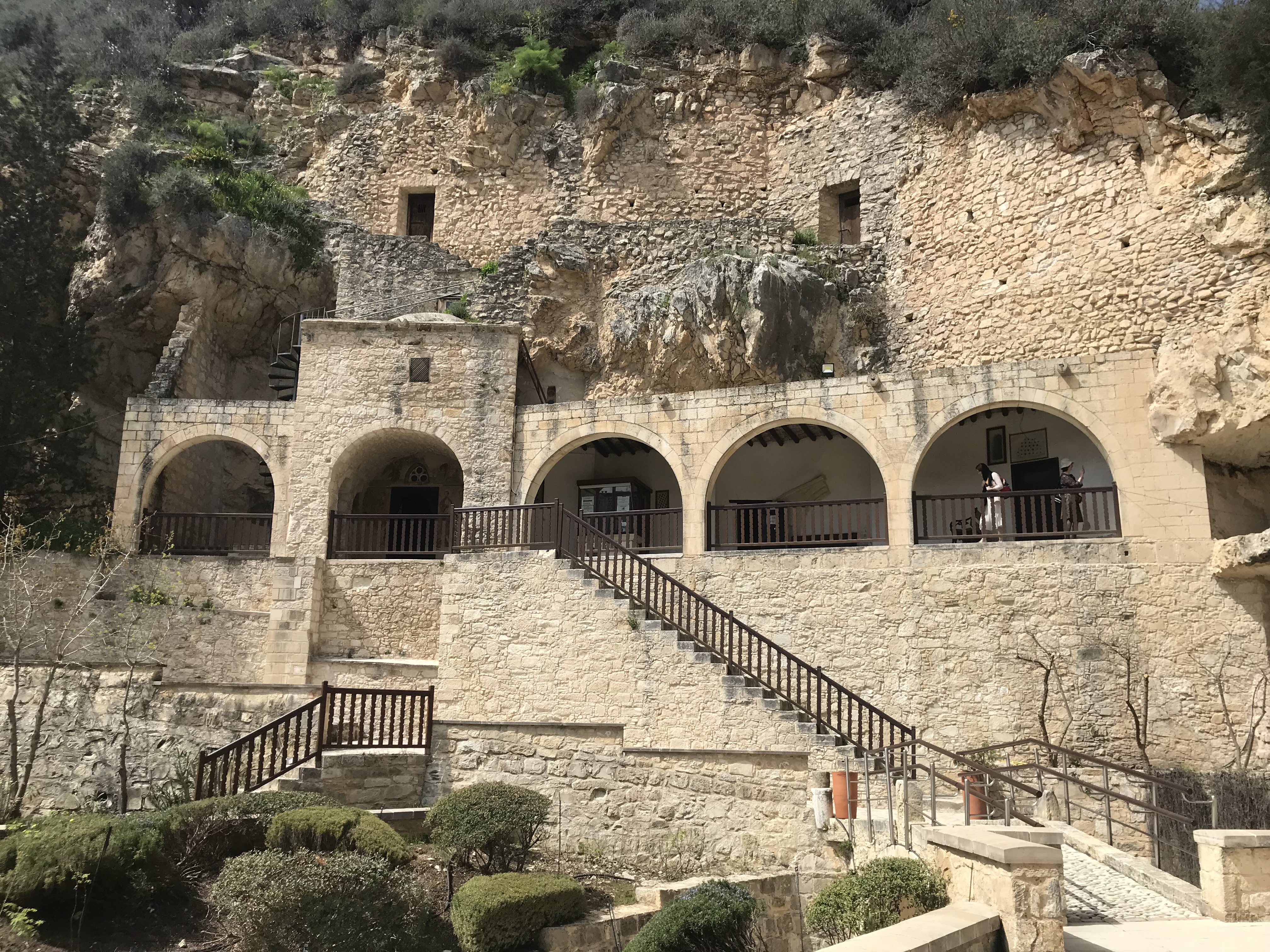 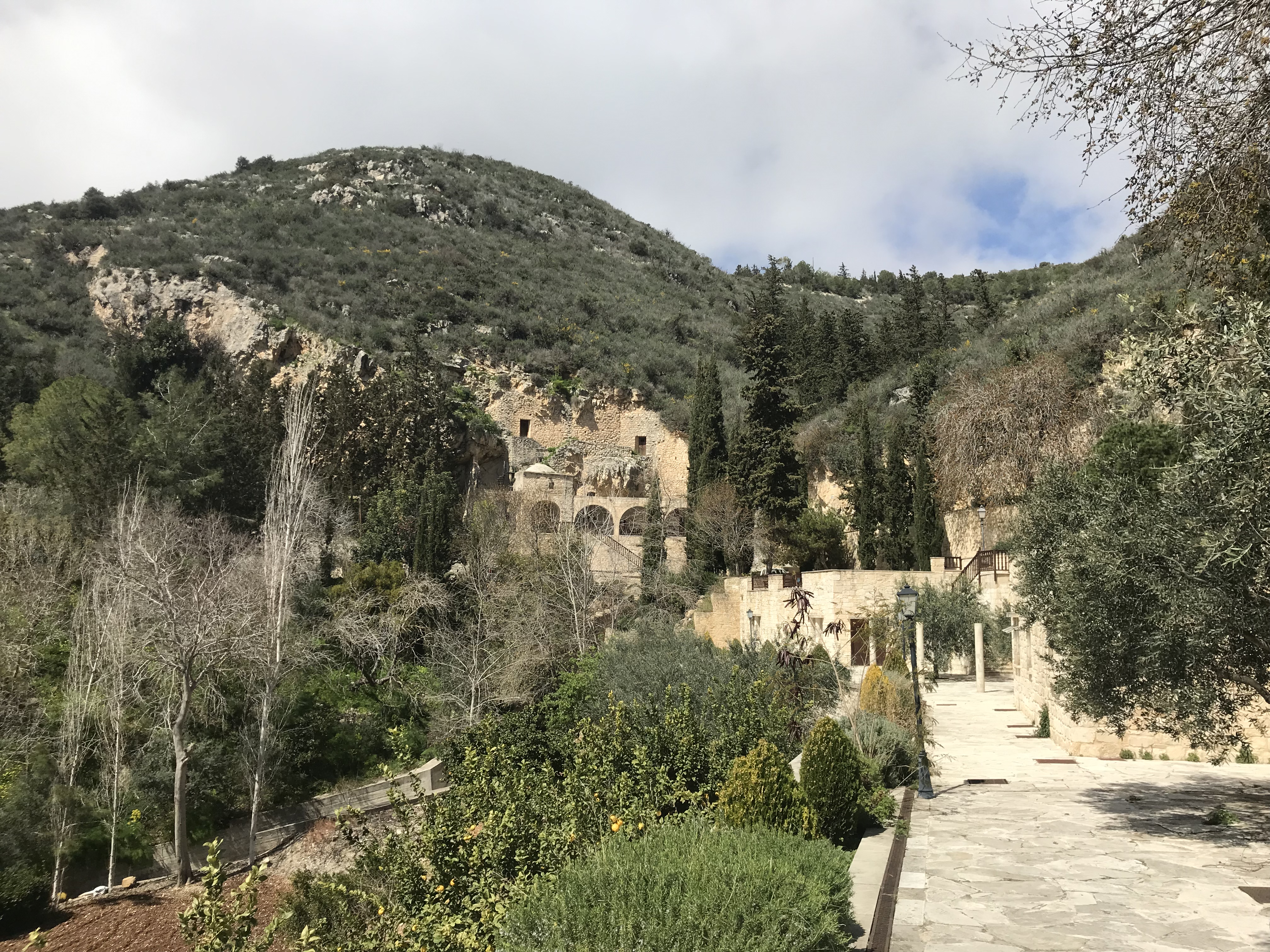 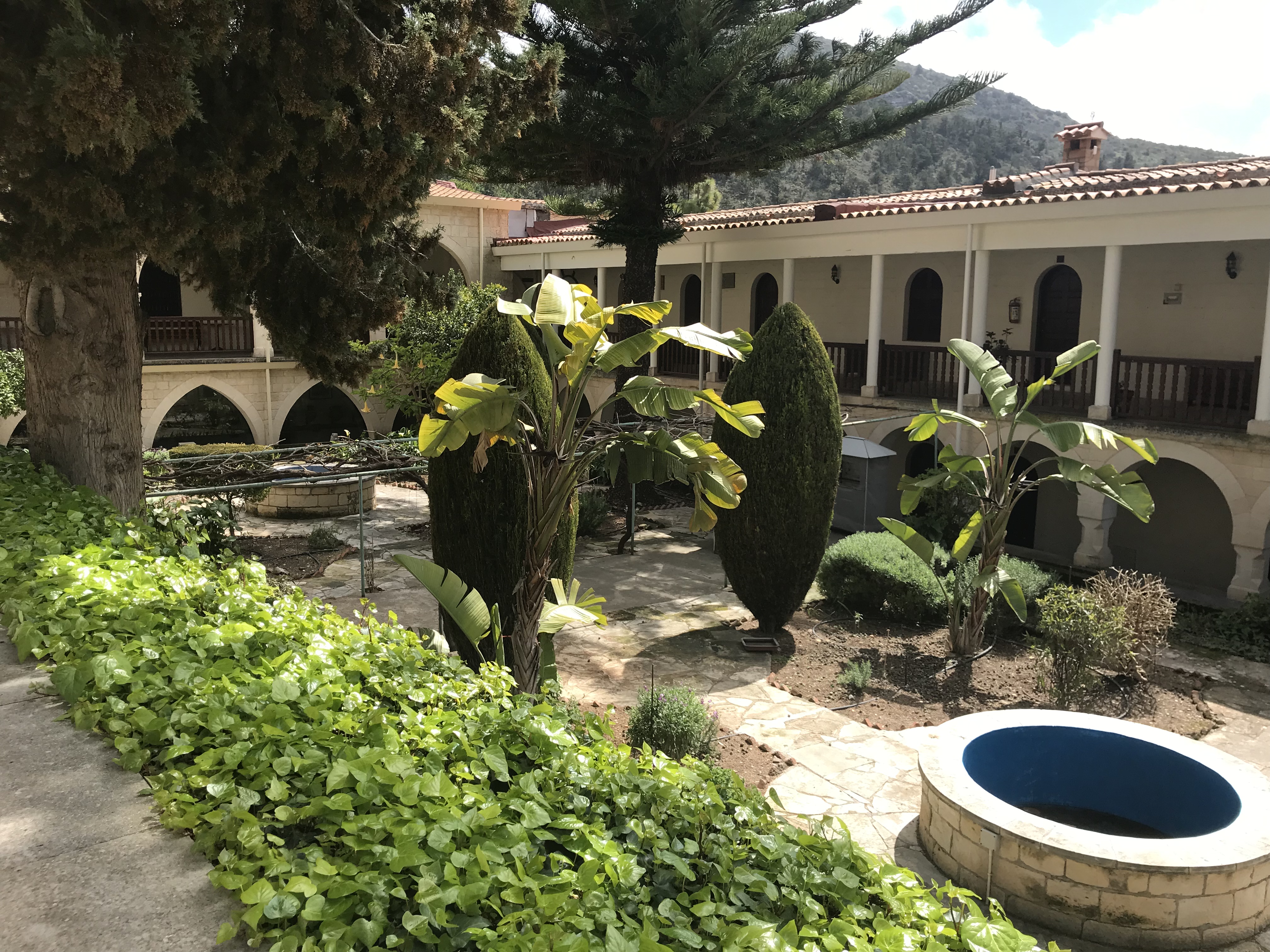 After all of this hill-side culture, it was then back to Paphos for lunch, followed by a long coffee stop overlooking the beach. Sadly with the cloud we weren’t treated to a sunset, but you can’t have it all your own way!

Of history and archeology

With my final full day in Paphos I had a list of things to see. Truth be known I had only spied the ‘Tombs of the Kings’ option ahead of time, with a quick google search on ‘things to see in Paphos’ adding the Archeological Park as well. 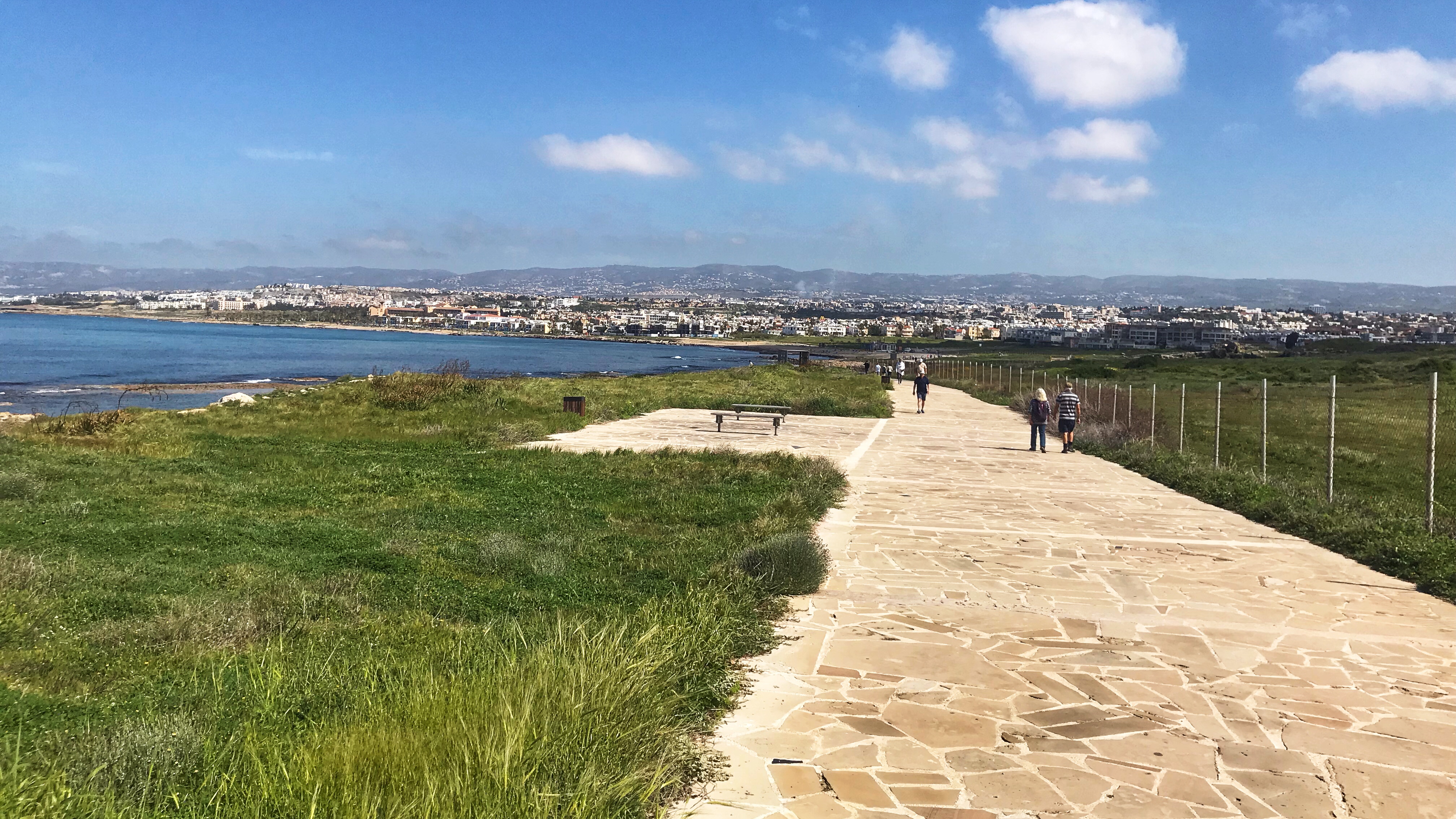 Having enjoyed breakfast it was off into town and along the coastal path in the vague direction of where I thought the Tombs were. It was a good walk and even though I eventually decided to check google maps to make sure I was right, that only gave me directions which would have involved passing the wrong-way through a one-way gate into the area.

It made for a decent walk around, and whilst each tomb area seemed to be a variation on a similar theme, it was fascinating all the same. 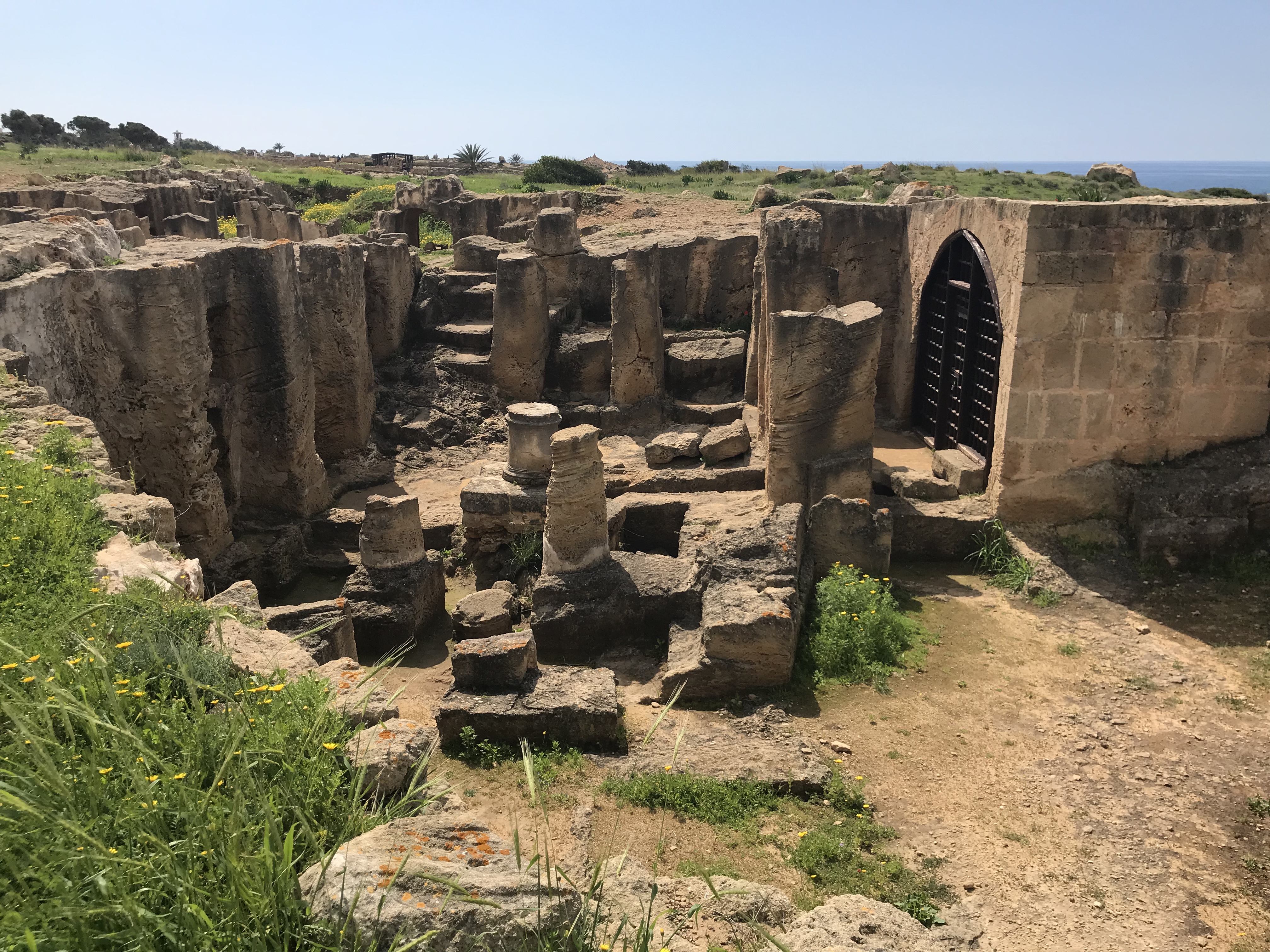 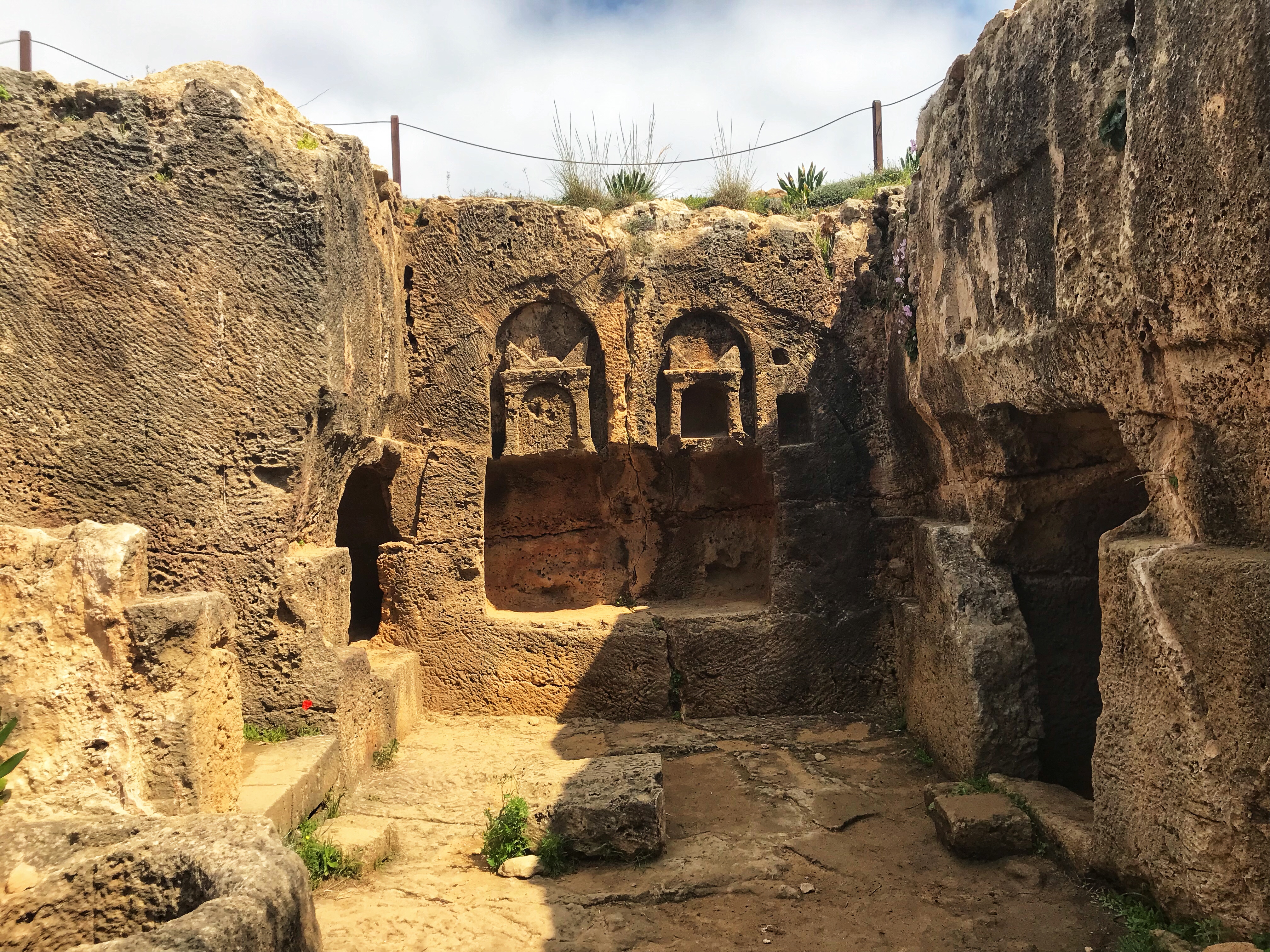 Walking back towards Kato Paphos I saw a sign for ‘Catacombs’ and a tree with lots of pieces of material hanging the branches. I hadn’t expected this feature and had a look around. 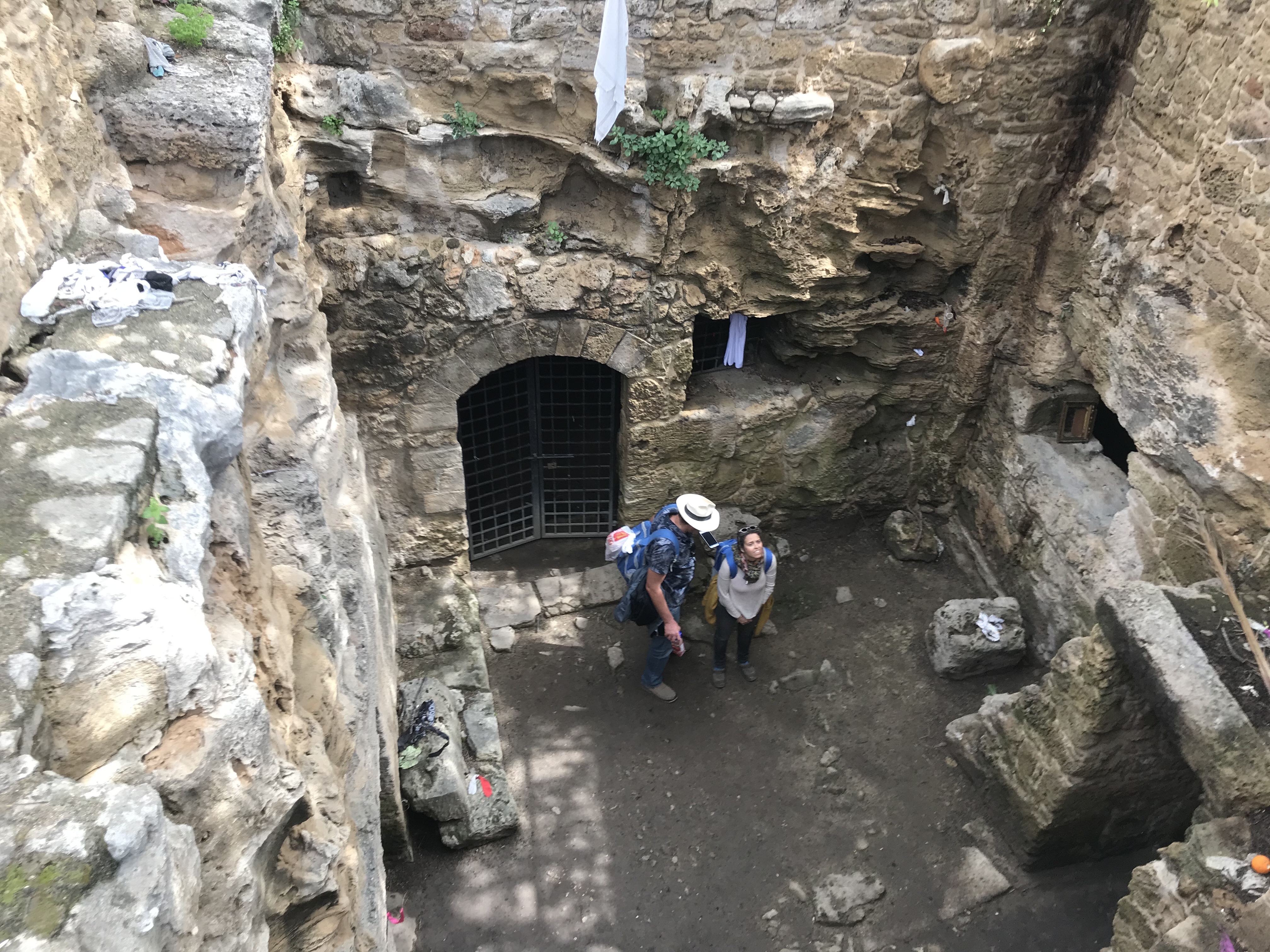 Following on from that I saw another tourist information arrow which lead me down to a church with excavations around it. It would appear there has been a whole dynasty of different churches occupying this site over the last 2000 years. I’d actually happened upon the site a couple of days ago, but couldn’t see the way into it at the time (and was seemingly unwilling to look). 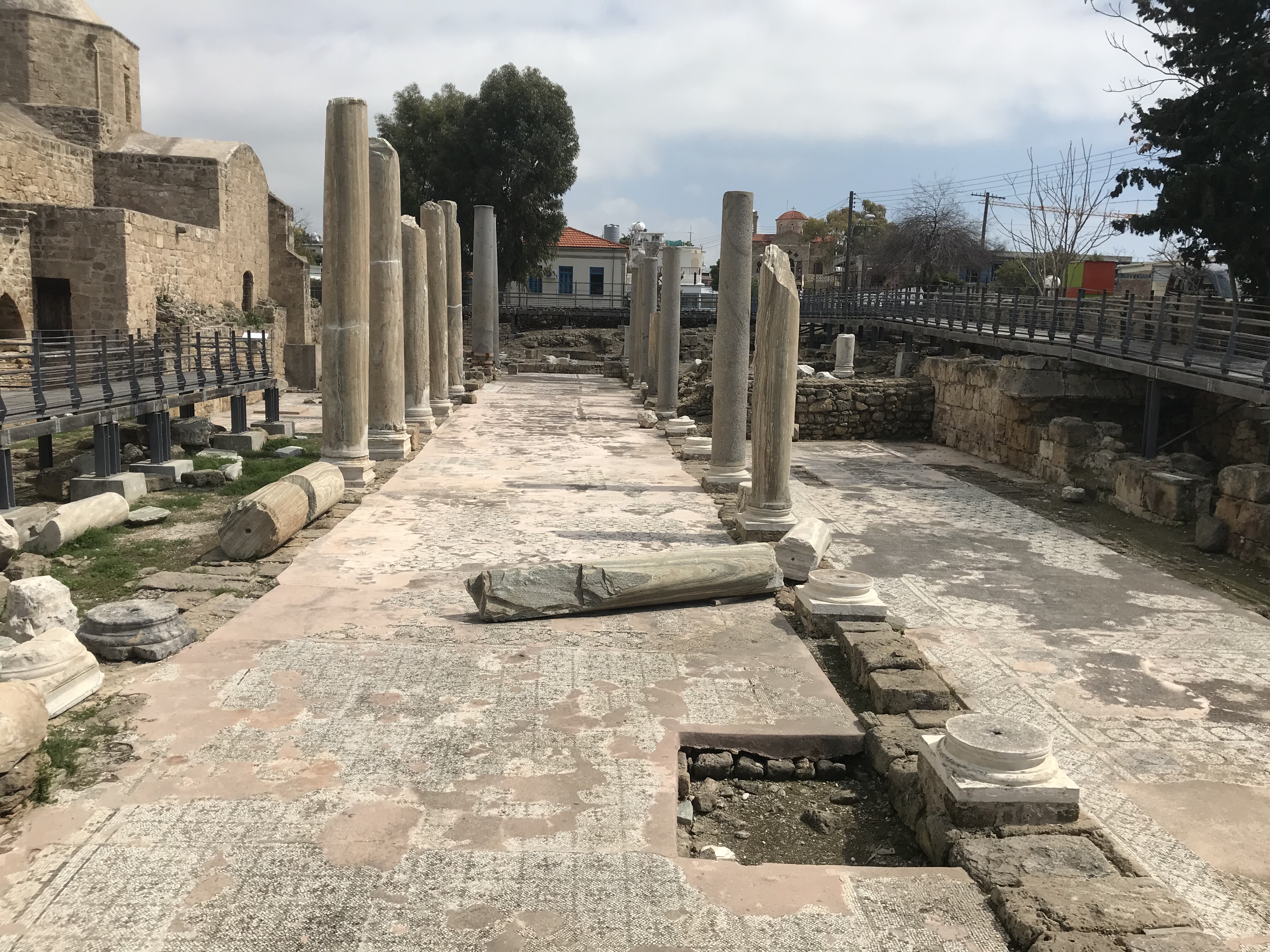 Having returned to the hotel for a change of footwear and to return the hire car, I headed back out again to visit the Archeological Park which was filled with excavations of many ancient buildings with intricate tile mosaic floors. 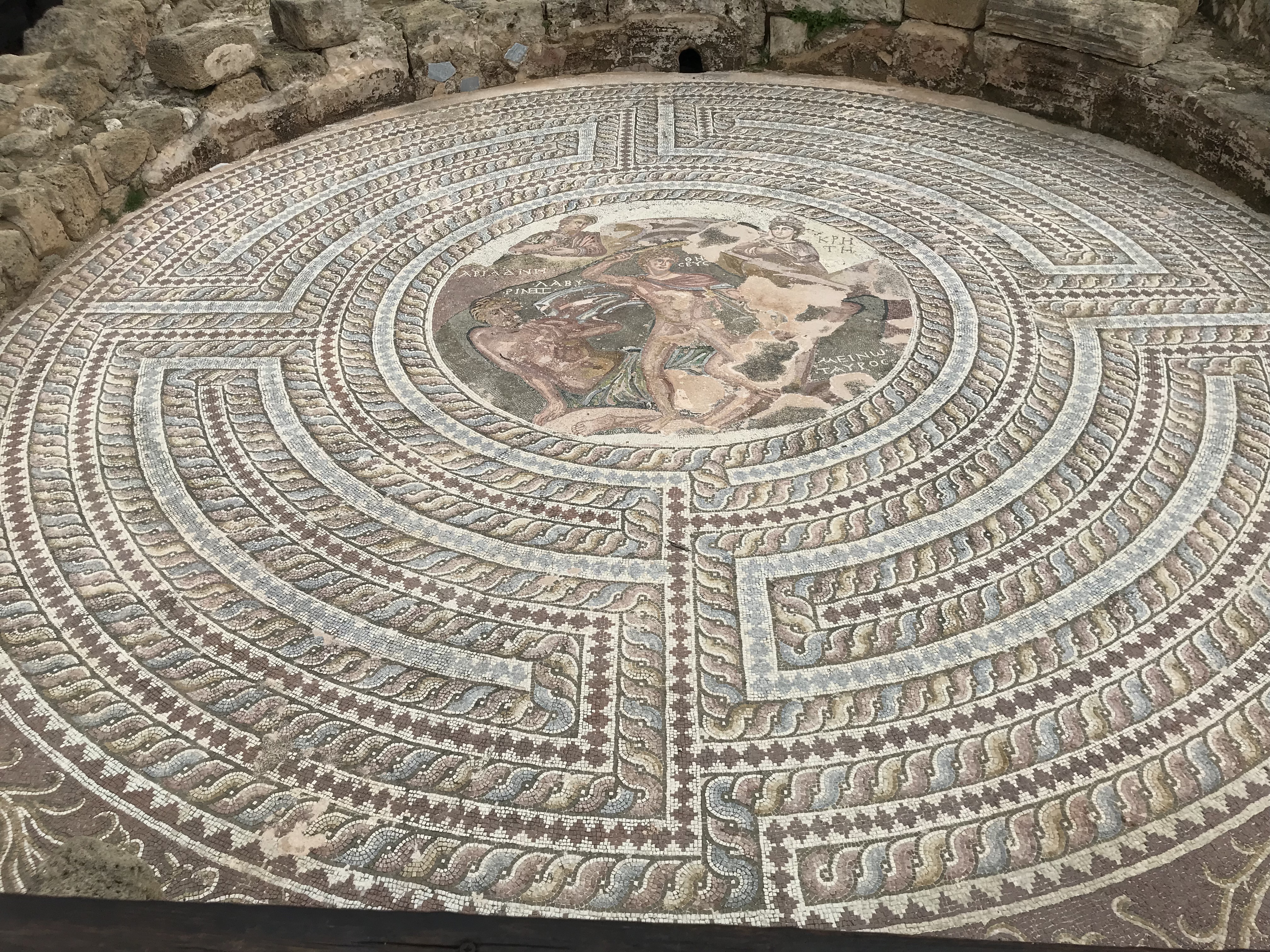 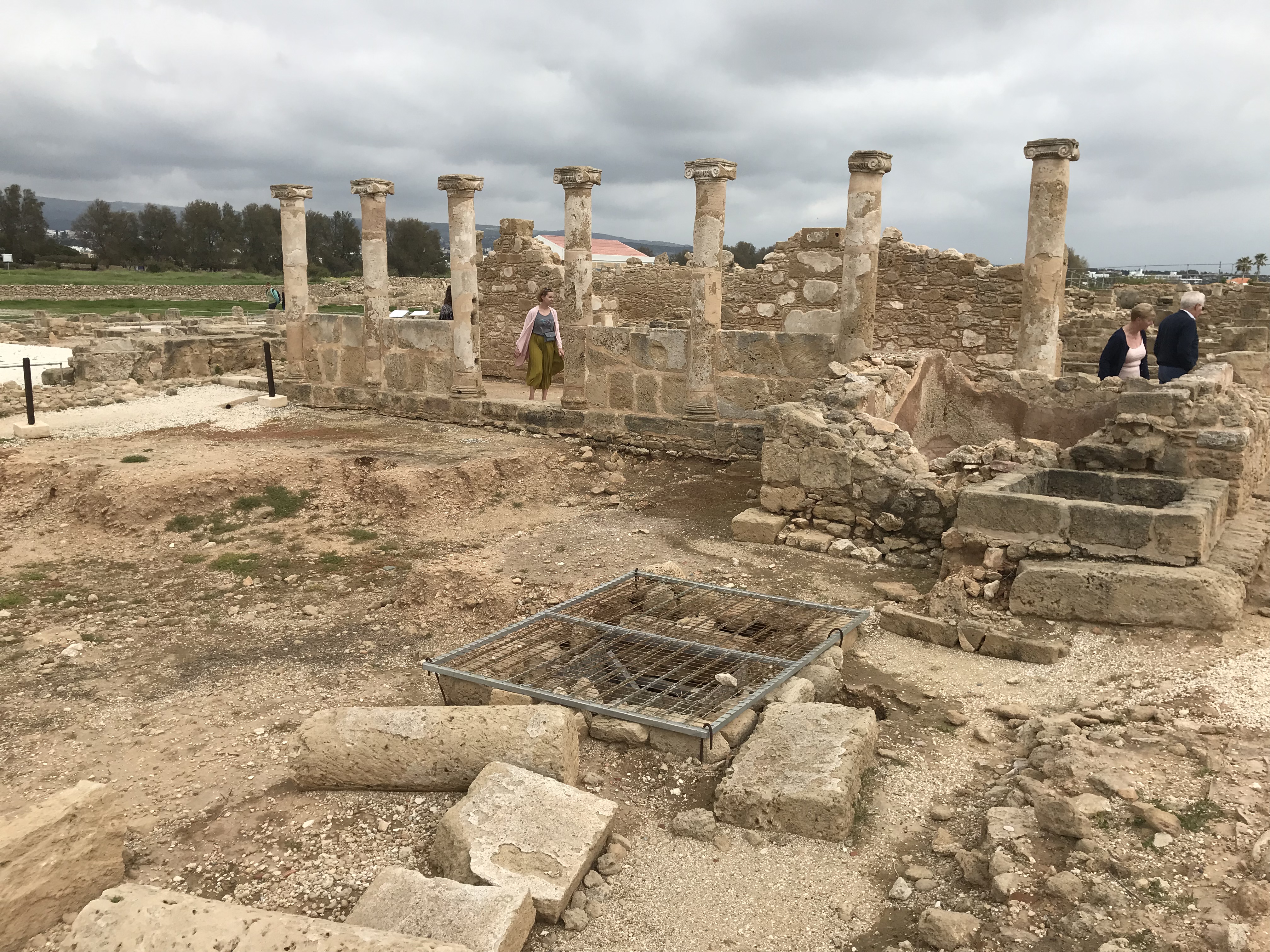 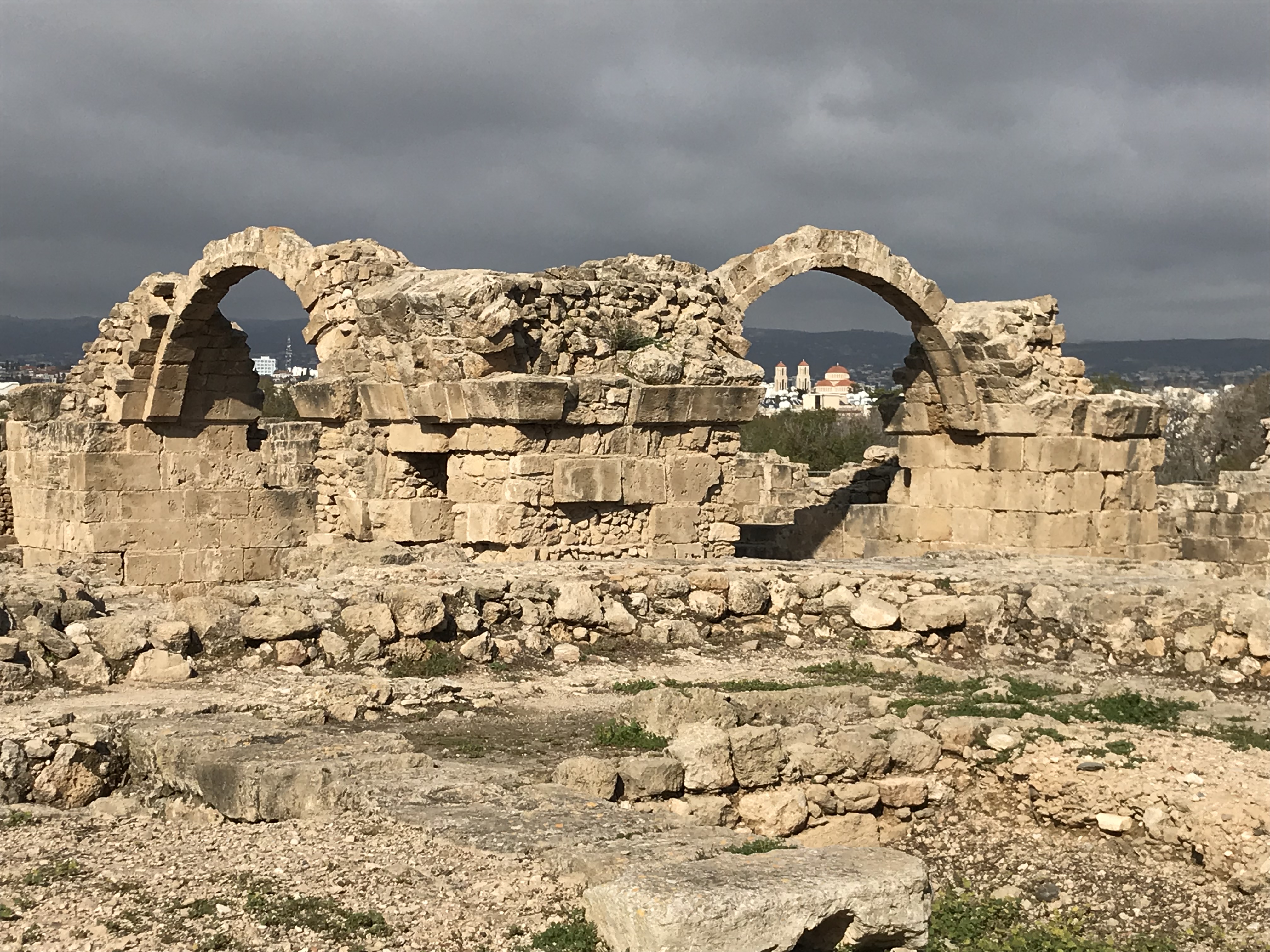 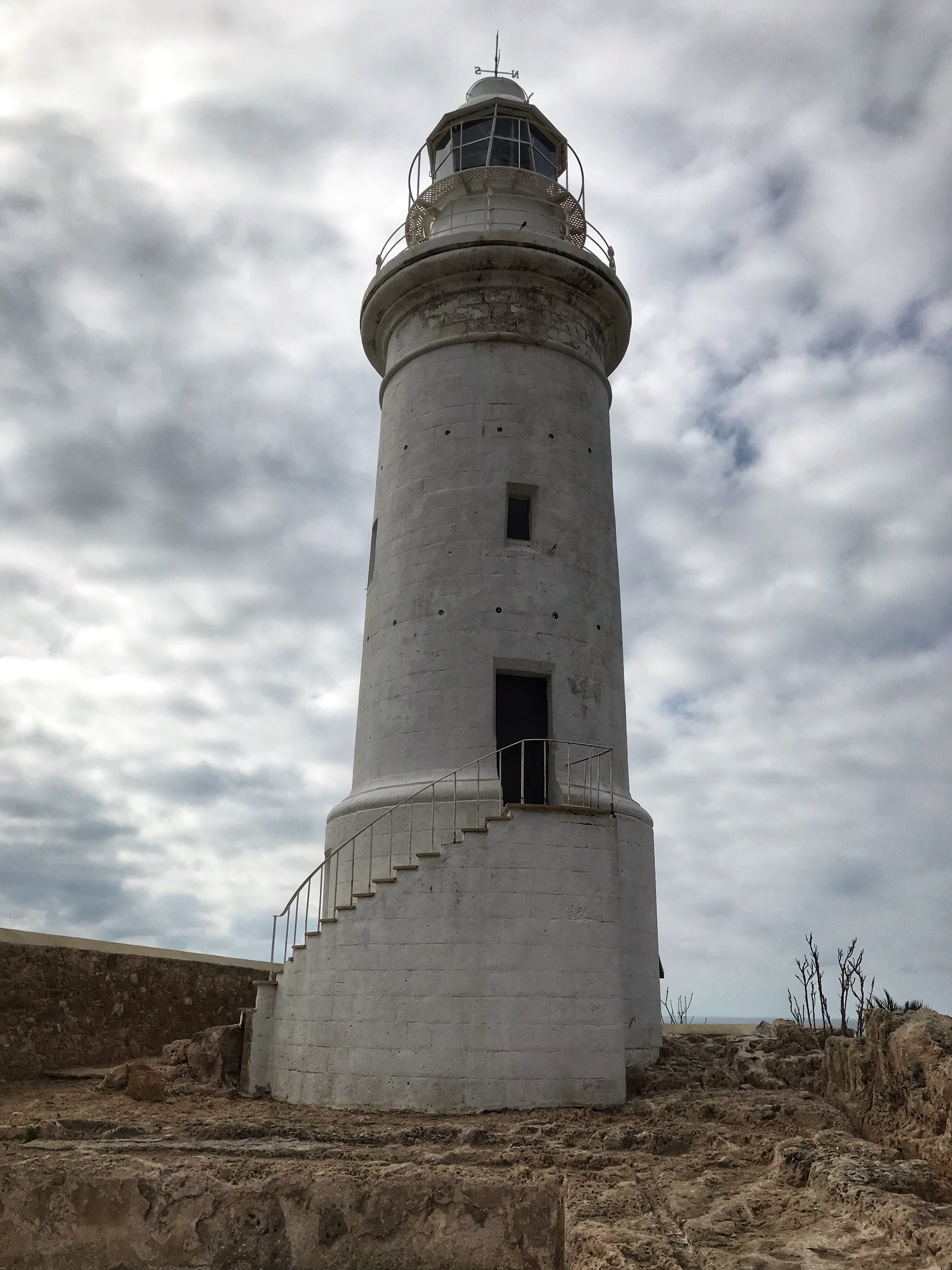 By the time I’d exhausted myself there (Garmin tells me 16.4 miles walked today) it was back to the hotel via the coffee shop. And via a decent sunset after yesterday’s clouded affair. 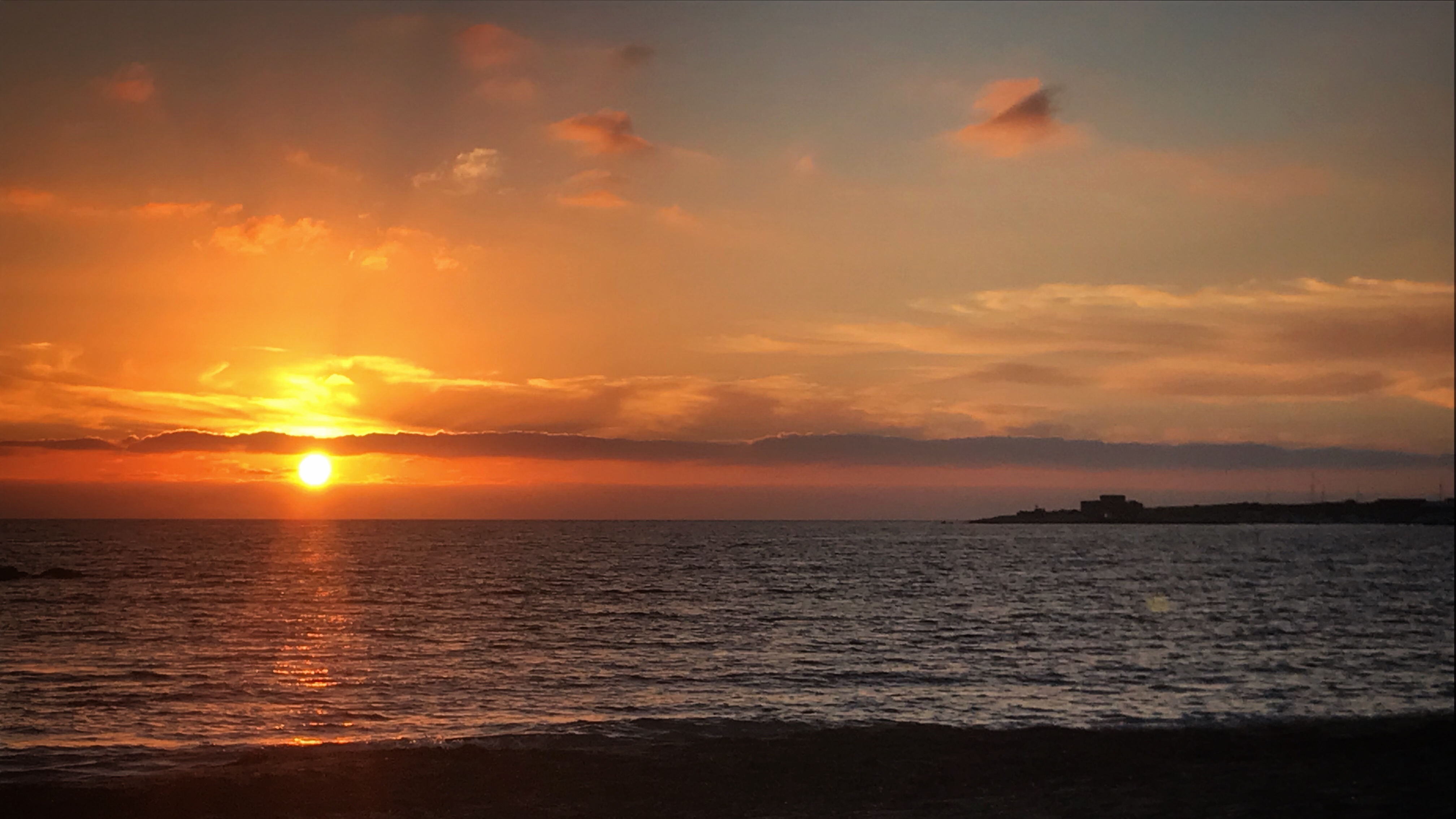 I finished my stay in Paphos with a progression run from the hotel and along the coastal path for a couple of miles and back again. I was a little stiff and achey but nothing of concern. Just nice to get out again!

So that was the bones of my first visit to Paphos. I don’t think it’ll be my last!