July was a very atypical month for me. Not only did I go camping for a week, and did another long bike ride (2 months in a row!) but I also bought a house.

Now I actually already have a house, and whilst I have a lot of junk this is not attempt to  take on more space to house the collection, even though the people I work with have suggested this as an option (if only they knew the extent of the existing storage system in place!)

Instead this has come about due to a lot of messing around with spreadsheets and my former life in the murky world of pensions. Basically if I want to retire at some point in the future, I’m going to need an income. Now that will partly come from my contributions over the 480+ or so years I’ll be expected to work before I can draw a pension but actually that won’t amount to very much. Not if the cat wants to continue to live the life it’s become accustomed to anyway.

I’d thought about having a rental property in the past but  everything has finally come together in the last month and I now have the property.

So I returned from War & Peace and a couple of days later visited my purchase, on the day it all completed. It felt very much of a ‘WTF have I just done’ moment as I wandered around this new space which I was now financially responsible to. Thankfully very much as I had remembered it from visiting a couple of months previous when I decided ‘that’s the one for me’. 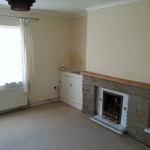 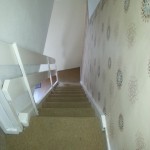 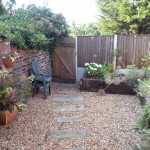 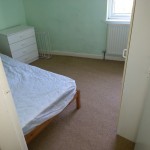 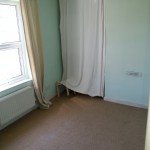 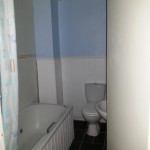 It’s taken a bit of work, but knowing my limitations I’ve kept things sane. I say sane, this is me-sane, which might not coincide with other people’s view of a gentle and relaxing approach.

Last time I decorated was in 2012 when I managed 6 rooms in a fortnight, whilst working and came away with tennis elbow in the process. (Perhaps I should have tried playing tennis for 2 weeks instead, and I might have become better at it, and still come out with the injury but at least the name would be justified.)

I hate decorating, although it does have a positive in that one can see the positive results at the end of the process. 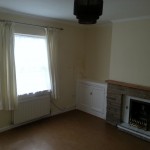 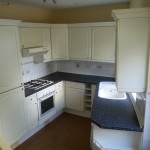 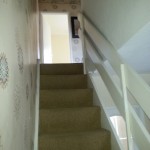 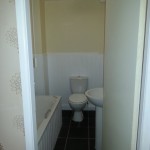 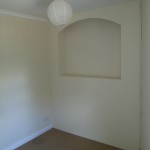 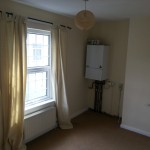 Much to the letting agent’s delight, I happen to be a fan of magnolia. So choosing the  colour scheme didn’t give me any issues at all.

So now that part of the work is done. There are a couple of bits of carpentry to be done, namely to give the boiler and it’s piping a nice private home. But I’m letting someone who knows what they’re doing with a bladed object (hell, I managed to get the flooring sorted without losing any digits but I’m not going to push my luck!) and some knowledge of how to assemble a cupboard.

In the meantime the letting agent has been let loose (although will my photos be better……?) and I await news of someone wanting to make this house into their home.

Be the first to comment on "Return of the roller"