It’s taken me a good while to get around to writing this post. As you can imagine, the anniversary of the death of one’s spouse is a very painful time, and with all that 2015 has thrown at me as well, it has only compounded the matter.

It is a time where I need space; a time where the theoretical wooden hut in the midst of an impenetrable forest (with wifi) comes to the fore in my mind. It is however very difficult to get through to other people that I need that space, and the natural habit seems to be for them to smother me in attention and contact, where in fact this causes me a great deal of distress.

Anniversary #3 occurred on a Thursday this year. I had already planned to be away from home, albeit not far, just enough to be out of the way. I imposed ‘radio silence’ as best as I could, leaving computer accounts logged out and the phone on silent and left at home and had a trip out into Derbyshire.

A lunch at ‘the Bee Hive’ in Combs was very pleasant in the warm sun, although tempered by the groups around me also eating which in a way emphasised the lone-nature of my meal. However I hadn’t just gone out to eat, it was a recce – the lanes looked interesting from a running point of view.

At least they did on Google Maps. On visiting the in person, it became clear that the nice-looking lines on a map represented more of a scramble challenge than the hillside run I had imagined. It didn’t stop me having a great walk in the hills though, and remembering to bring the camera with me was a bonus as this is the item I usually forget when I go somewhere nice! 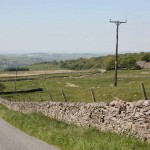 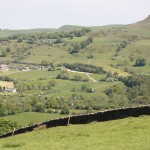 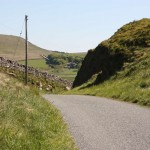 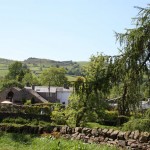 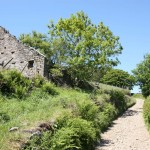 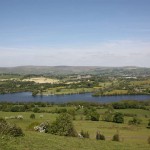 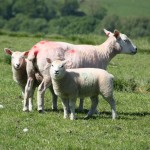 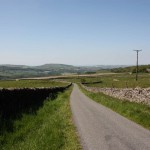 Despite the relevance of the date, the day itself to this point had been uneventful and pleasant and importantly for me, given me a lot of space. Unfortunately getting home had the opposite effect with repeated phone calls enquiring after my well-being; all well meaning, I accept, but ultimately very destabilising.

It was perhaps fortunate that I was at my local bell ringing practice in the evening, and it took my mind off everything, not least the fact that it was about that time in the evening, 3 years ago, that I was sensing there was something badly wrong prior to the devastating news of Mark’s passing away.

It was also timely that I had one of my medical appointments the following morning which allowed me to discuss the events of the past 24 hours and to achieve an approach which would allow me to bury the feelings which by this point were exaggerated to a point of embarrassment.

What I found was interesting was the consultant’s analogy of grief which he’d picked up from a conference in the past. It moves away from the adage that grief diminishes over time. Instead the grief remains the same, but one’s life experience expands, so the grief itself whilst the same large blob takes up the same volume, but in a larger space, as demonstrated by some glass bowls (life experience) and a red sponge ball (grief):

And whilst my photo-manipulation skills are unlikely to win many awards, it’s a visual demonstration of the concept which to me holds a lot of truth – others may disagree, but for me the matter of grief reducing over time argument simply doesn’t work.