Over the winter I managed to pick up some tendon trouble in my foot. As such all running has had to pause whilst it sorts itself out. Tendons take their own sweet time and there isn’t a great deal you can do about it. Aside from not damaging them. That’s the best option!

With an unexpected lay-up, during a time when I’m not doing much work (partly time of year, mostly COVID-19) I focused my energy on my music. I’d started writing some tracks late in 2020 but really knuckled down after the injury.

The result is a brand new album called “Beyond the light”. 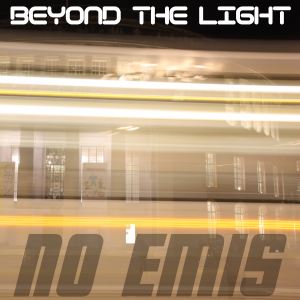 Beyond the light album cover

Beyond the light is available now to stream and to download here.

Please go along and have a listen and tell your friends about it. Reaching people without a budget and a team is very difficult so all help to spread the word is much appreciated!

I’ve tried to do as much promotional as I can via Facebook and YouTube groups I’m a part of, and as such have assembled a few details about each of the 10 tracks on the album. Eight of the photos are my own, two I had to find online as I’ve not managed to get to either location to take my own (Cross Fell, due to COVID, and Venus………. because I neither a space ship nor enough air-miles). Credits to those photos are quoted below. 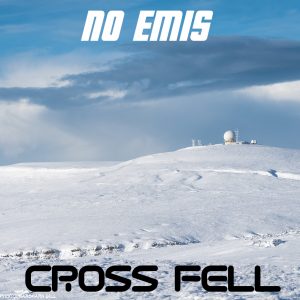 Cross Fell is the highest section of the Pennine Way, a 268 mile national trail from the Peak District in England to the Scottish Borders.

During January, the whole trail is run non-stop in an event called “The Spine Race“. Greg’s Hut (in the picture) is a mountain refuge just beyond Cross Fell and is a bolthole for “Spiners” as the conditions on Cross Fell are generally bleak. A couple of members of the safety team (whose photo this is) base themselves in Greg’s Hut, feeding the Spiners on spicy noodles. It’s hence known as the highest Noodle Bar in the country!

I was playing around with an idea for a track which had an air of a grand adventure. At the time I had a photo of Greg’s Hut in front of me; there’s a big fundraising campaign going on as it needs about £70k of work to restore the building which, as mentioned above. In January, Cross Fell and Greg’s Hut can often be found under a blanket of snow (assuming it hasn’t all been blown off in the gale force winds). The jangling arps in the piece were me trying to depict the falling snow in amongst the adventure that the Spiners are having.

Hopefully I’ll get to visit Cross Fell once this pandemic is brought under control! 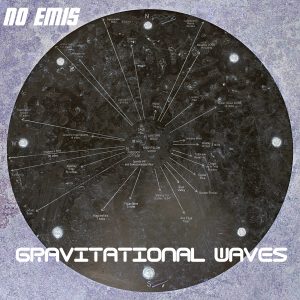 Gravitational Waves was born out of an experiment involving looping a fragment. Sometimes forward. Sometimes reversed.

I had purchased the Gauss Field Recorder app created by Bram Bos & Hainbach. I’d watched several videos of people making some incredible experimental / music concrete tracks and thought I’d have a go. Turns out that when I attempt that style it doesn’t end well!

So I went back and just tried something simple; I had a chord progression that worked but initially didn’t know how I wanted to develop it from a 4 bar loop into a full track. The ‘Eureka’ moment came when I reversed the sequence by playing the loop backwards. And no, it didn’t start making sounds allegedly from the devil……. What actually came about was a gentle pulsation of sound which is where the track name is derived.

With that as a bass I went full on David Gilmour, albeit without the same level of guitar talent of the man himself to create something more 70s rock than the origins of the track might have implied. 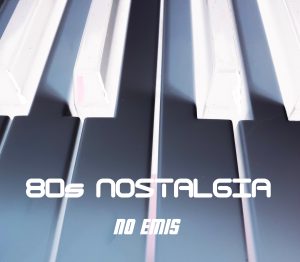 80s Nostalgia was the result of me trying to start a track with an electric piano.

I’ve frequently noticed in conversations on the live stream feed on The Sound Test Room videos that there is a lot of love for Rhodes pianos and electric tines in general. To me the sound just harks back to 1980s power ballads. So I decided to challenge that view by writing something with an electric piano. And ended up creating a 1980s power ballad of my own.

It’s a track that seemed to propel itself along in the writing. To the point where the saxophone solo wasn’t a question of if, but when!

Despite my reservations of it being a power ballad, I’m actually very fond of this track now and pleased it worked out this way. 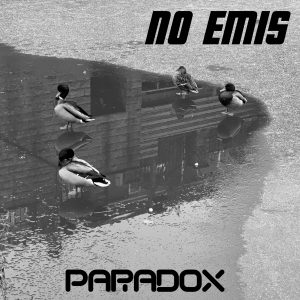 Paradox was the last track on the album to be given a proper name!

I’d watched several other members of The Sound Test Room group (including Doug himself) streaming live sessions within AUM. It was something I liked the idea of trying but really didn’t know where to start. It turns out that behind every such live performance there’s often a heck of a lot of planning to do, building sequences that can be triggered during the performance etc. Obvious now, but it does look like some type of magic to watch live!

The biggest breakthrough for me was discovering how to dynamically control those sequences, re-pitching them, starting/stopping etc. I also needed to divide my Arturia midi controller up to operate several different synths simultaneously whilst roping in my CZ101 to control the Behringer Model D which was on lead synth duties. The session was recorded live and then mixed properly after the event when I could actually hear what the result was like.

Despite it behind performed live, it actually sounds more nailed-down the many of my other tracks. Hence the name Paradox being bestowed on it. 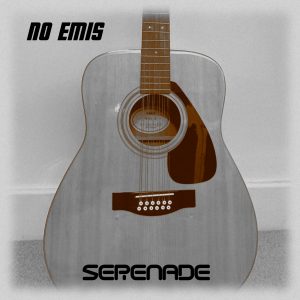 Serenade is the classical folky oddity on the album, and was placed immediately after the very-electronic Paradox to really emphasise this difference!

I’d wanted to do something more stripped back anyway and the strumming guitar provided me with that starting point.

At some point shortly afterwards an accordion sound inexplicably became the obvious choice, so much so that a second accordion was added to the mix.

As with many tracks, the direction in which Serenade took wasn’t known at the outset and it was fun just to let it work out where it wanted to go. Sometimes these tracks wither and die before they get to go somewhere, but on this occasion the track was written, recorded and mixed within an afternoon. If only it was this easy all of the time! 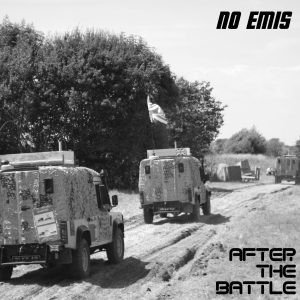 After the battle is a soundtrack piece.

The story is one of two halves. The first part is very much reflecting the optimism, adrenaline, excitement etc of the battle. Whether it is the soundtrack to the army going into a battle, or a victorious parade following it, is very much up to the listener.

The second part is one of reflection. Regardless of the victory there are losses. Of life, of friends, of innocence.

I wrote the reflective part of the track first quite early on in my writing sessions, but it was one of those times that I knew I had something but I didn’t know how I wanted to develop it. So it sat forgotten for some time before I was going through my files working out what ‘Untitled-6″ was and if it was useful! The March was appended to the end of the track originally, but it still wasn’t working for me until I worked out what the story was trying to say. Reversing the two parts made the narrative much more logical and the track finally made sense. 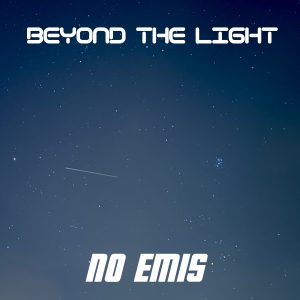 Beyond the light was the first track completed for the album, from which it takes its name.

It’s another soundscape and was composed very differently to my normal approach as, for the most part, I didn’t use a piano keyboard, but instead used the touchscreen on my iPad (on which all the tracks are created) to build the sound.

The bell at the beginning (and throughout the track) is a nod to ‘After the Battle’. It also helps to instate some slightly more rhythm within the track so it felt a little more structured.

If you listen to a lot of 1980s music, you’ll recognise the bell sound as it was a DX-7 favourite patch! 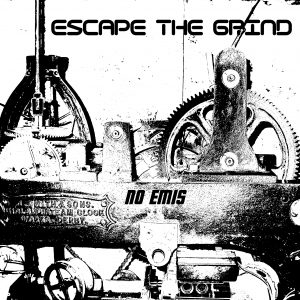 Escape the grind has much influence from Jarre and Vangelis in terms of the structure and sound choices.

The shortest track on the album (just shy of 3 minutes long) came together from playing with a Moog Model D patch called ‘Flutish Lead’ and is not the least bit flute in sound! I am a big fan of the sound of the Mini-Moog (which is why I also have the Behringer hardware clone as I’d love a real Moog, but don’t have enough organs to sell to be able to afford one).

The “Flute” sound is doing the Jarre bit. The lead sound is definitely wanting to be in a Vangelis track! 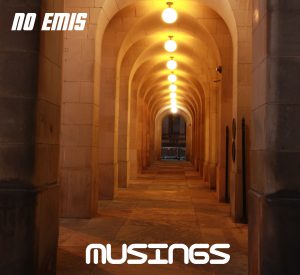 Musings was the track I probably spent the most time trying to corral into a piece of music.  It’s a slightly prog-rock infused track and was the second track written for the album. It also took me far too long to mix!

The iPad music production scene is brilliant because of the vast array of synths available. However the downside of this is you can get overwhelmed by the choice of options and end up doing nothing. With Musings, I aimed to stick with one “synth”, namely  Rob Jackson’s Moodunits. Rob has access to an array of old hardware from which he has created a range of samples which make up the Moodunits Waverley  synth.

I had to go outside of the synth to get the lead electric guitar I wanted for the final section, and I replaced another lead following some feedback when I first demoed the track. The drums were all built using Slate in Nanostudio 2. The Behringer was also on space-noise duties at the beginning as sometimes you just need some gentle whooshing in the background! 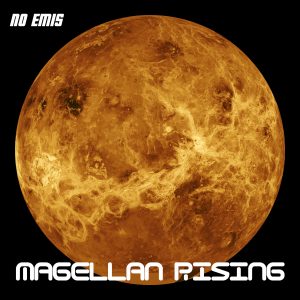 Magellan Rising (image of Venus taken by the Magellan probe)

It is also the first time I’ve actually tried to write a track following the “traditional” format of verse/chorus/middle8 that generally fills the charts (or at least did when I used to listen to them!). It’s probably the first track I’ve made where lyrics could be written. But writing words has never been my thing. Apart from that, there’s a risk that if I sang I might break the internet. And I’m not ready to do that. Not for now anyway 😉

Drums were again from Nanostudio 2 and ultimately the lead I wanted I couldn’t create in Magellan 2. That’s definitely a user issue and not a problem with the synth. I’m just better with writing things using presets and let the clever people create the patches themselves!

By way of a segue the space craft that went to have a closer look at Venus was called Magellan. Hence the image for the track is one of Venus!