Well it seems that all the social media platforms like to do a review thing. Some are very personal and can get things badly wrong dragging up the memories which you’d rather forget, and others which provide statistics which don’t really say anything particularly interesting.

As WordPress seems to have gone for the latter (at least it gave the option to post it, rather than to do it anyway) I thought I’d do it myself. But here is their attempt should you be interested.,

I figured I’d keep it to personal stuff, mostly having seen the international news review of 2014 and realising what a depressing year it’s been on that front. At least I can intersperse this with kittens if it all gets a bit too heavy.

January started with an allergic reaction and ended with a pile of recipes, at least if my own blogging is anything to go by. Actually 2014 started with a lot of optimism, with a full year now having gone by since losing Mark, I had seen this as my ‘clean slate’ to try to get my life back into an order I could work with. With the mild conditions I even set about some heavy work in the garden.

Moving into February I began to consider my fitness in the light of having (foolishly) entered another marathon at the end of 2013. Out came the 2012 plan and off I went with my Nike+ watch. I also discovered a wealth of internet goodies for recording, tracing and comparing my training. And the world was mostly a good place. Well except for a major storm that had flattened trees and buildings around the UK.

Smart phone or Smart watch? – that is the question!

March duly arrived and the training continued with increasing intensity. Having run 120 miles in February, the planning took me to 127 miles before my right leg fell off. Actually it didn’t disconnect from the rest of me. More the piriformis muscle decided it had enough of being run on and decided to strangle my sciatic nerve. But not before I had announced my running plans to the world (great timing). In the midst of all of this, I managed to go on a bell ringing trip in and around the St Asaph region of North Wales. 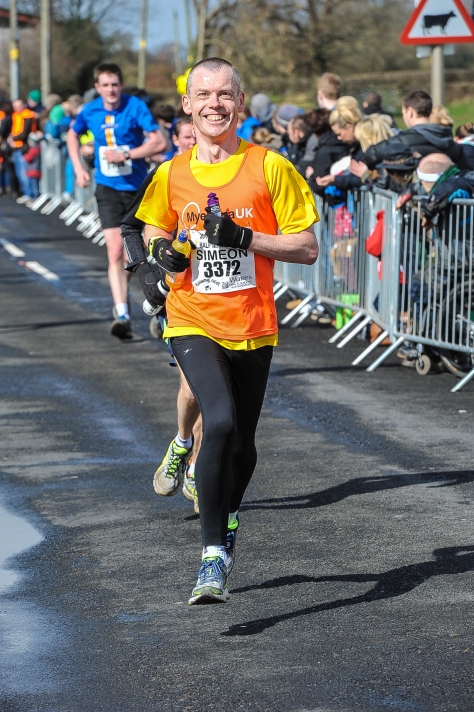 If ever there was a sign of madness during 2014, it was during April where this crept in. Unable to train (walking was a problem, let alone running) I went house-hunting and discovered oddities such as toilets in wardrobes. It ultimately ended up with an offer on a property (without a toilet in the wardrobe) and an argument with a financial adviser whose approach of a ‘individual spending map’ more resembled trying to force me to accept a completely different ‘average’ model as I didn’t fit their model. And I bought a bike in the hope that I might still be able to train my body for the planned rides as well as perhaps still making an appearance at Edinburgh.

At the beginning of May I was still unduly optimistic that I’d be able to run 26 miles during the month despite the fact I still couldn’t walk. This was further compounded when I fell of my bike whilst navigating around a pie delivery in Poynton. The knock to the head had some odd consequences including the purchase of the abovementioned house, a new fence and the design of a coat of arms, should I ever require one. And whilst I did get to Edinburgh, it was effectively only to change trains to continue my journey northwards for some intense physio to get my body back on side again.

June was the month of 2014 when things started to improve. By the end of the first week I’d gingerly run three 10k distances without any major issues (lack of fitness being ignored). I also had a fantastic birthday weekend which included  cycling around Snowdonia and seeing Pet Shop Boys in concert. The downside of June is the unfortunate timing with respect to family bereavements, which included the second anniversary since Mark’s passing. I had hoped to visit Cambridgeshire to mark the anniversary but mentally could not summon enough stamina to do this. June however finished on a high-note with my first competitive half-marathon since the injury resulting in my second fasted time at the distance – ever!

July mostly continued where June left off, with the Manchester-Blackpool bike ride and the annual War & Peace Revival Festival both taking place. The new house also completed at the end of the month and work started on getting it habitable. Or at least, magnolia. And, with hot weather and decorating making up the majority of the excuses, precious little running was achieved.

Paul and Me, poking out of the top hatch of the Snatch

August was made up of two weddings, no funerals and a lot of painting.  But at least as it rained throughout the month, the running became a little more back on target, to the point where I entered myself for another marathon.

I don’t seem to have made many notes for September. The house was finally finished and ready for habitation and I’d discovered just how inflexible I was by going to yoga classes and being unable to do anything that everyone else seemed to be able to do. I acquired my first cold of the year and demolished the mountain of lemsip in the bathroom. Still, I managed to find some hills to run up, which practically killed my body and I went back to the osteopath just to check there was nothing too desperately wrong. So marathon preparation was somewhat tempered by this and the need to balance leg miles with tapering.

It all came together in October. Getting over to Chester early  on the morning of the 5th gave me an optimum spot near the front of the parking and close to the port-a-loos. And whilst my race strategy was, at best, a bit rubbish I managed to get around the full course without any major incident. And only marginally off the time I had hoped to achieve at the start of the year, which was frankly astounding given what had happened in between. The rest of the month continued from this strong position and I ran more times and more  miles than I’d done in the previous month. I even managed a second weekend away ringing bells, this time in the Derby area. 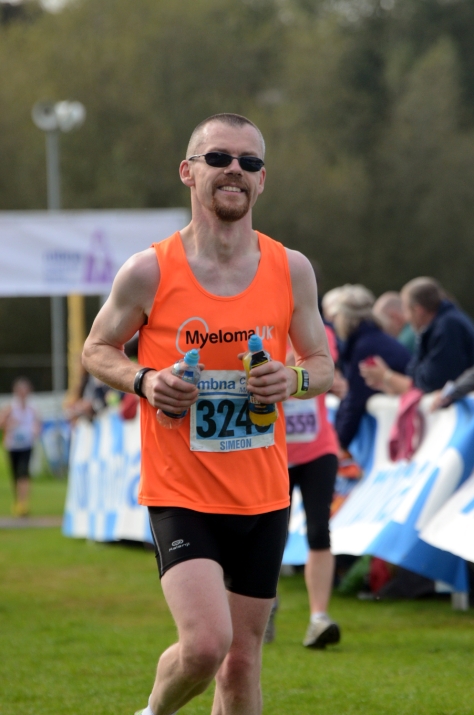 Chester Marathon: The Finish Line is in sight

Perhaps where the previous month was the good night out, November was the hangover. It started out well enough with a good race, but quickly deteriorated into a farce of how many ways I could poison my body with food the immune system didn’t know what to do with. Later in the month and having felt unable to visit Cambridge for Mark’s birthday anniversary, I booked a weekend away in Llandudno to just get away from everything, with the sweetener of a race as well. And was promptly ill for the whole weekend, not that it stopped me running as I was so annoyed at the fact I’d been struck down! 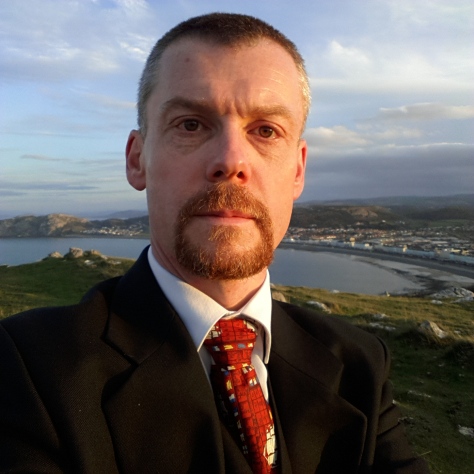 Which brings the year to December, not with a roar, but with a whimper. A little bit of running, my local 10 mile race and a self-designed half-marathon but that’s been it, save for a very painful visit to a sports physio who seemed surprised I was able to run at all given the state of my body  – not what I’d expected or wanted to hear!!! Christmas came and went and now with less than 9 hours of 2014 left, it’s time to wrap this summary up. 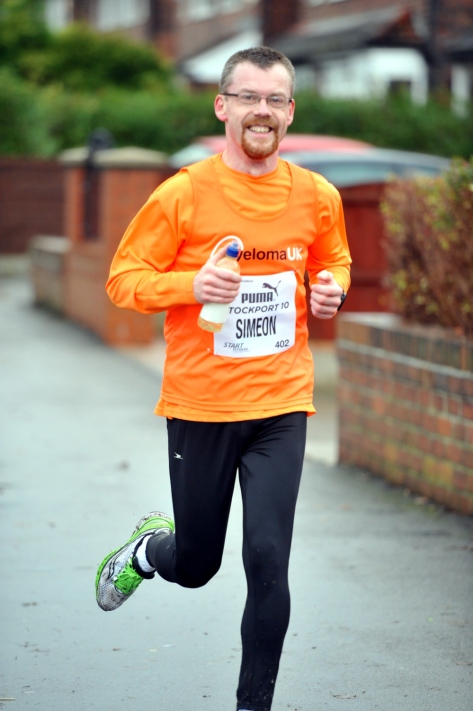 Thanks for reading and for following my blog during the year. Here’s hoping for a bigger and better 2015.