To mark a change from recent slew of running posts (it is a running blog after all) I’m excited to announce that today I’ve submitted my first mini-album for digital release.

Music things back then

The “Songs from the border” project was at a particularly fruitful period of my life musically. Having finished with music exams, which were distributed throughout my childhood I had the opportunity to play around with the school’s music computer. Such a thing in 2020 is probably nothing out of the norm, but in 1990 it was something that would normally have been out of my reach. I knew nothing about computers back then, save for playing platform games on my ZX Spectrum, and all of my composition background was rooted firmly in the classical world. Indeed I’d only really become familiar with pop music in the previous couple of years. And whilst I have fleeting memories of Top of the Pops in the 1970s, given the impact of Operation Yewtree I’m probably best to leave those memories back there.

I learned to control the Notator software on the Atari, and discovered the world of MIDI and how the computer could not only play the Roland D10 that it came with, but could do so on multiple tracks and do so in a multi-timbral manner (the D10 was far more advanced than I ever realised back then). It was my first experience of working a ‘Digital Audio Workstation’, although the acronym DAW wouldn’t become familiar to me for another 3 decades.

Anyway, by the time I left home to go to university I had recorded 5 tracks, which made up “Songs from the border”. The title was mostly metaphorical and was more a reflection of my own thinking at the time than any physical borders. The were sent off to a couple of record companies in some vague hope that pop stardom might beckon (it didn’t). A 6th track (Prelude) was later tagged on the front of the album in 1996 but was really just a piano improvisation and didn’t really have much in common with the other tracks.

Over time the floppy disc that I had saved the computer data on became unreadable and the only thing I had left was a tape recording of the tracks, and not a particularly good one at that.

University was a tough time and whilst I did some playing in bands, I struggled with writer’s block and didn’t really do any piano playing at all until my final year where my classical roots threw out a last-hurrah before I walked away from being a musician and got a proper job.

In 2019 I started to regain some interest in music production again. The ‘proper job’ phase had long since bitten the dust and I suddenly became interested in synths again. The wide range of software synthesisers on iOS meant I could return to being able to produce something and with kit that I already had. Possibly the hardest thing was getting back into the mindset that I had 30 years previously; learning to write again, not just the art-y side of composition, but also the science of knowing how to use the kit. Unsurprisingly the world has moved on significantly over 30 years.

One big change though was that it was now possible to write, record, produce and release material without needing to get noticed and signed by a mega corporation (something that is even more unlikely for someone likely having a mid-life crisis). Of course without the financial backing of a record company it makes it harder to get noticed by the wider world. But then that’s not what interests me now, and in fairness, it probably didn’t interest me then. Being an introvert is something I’ve done all my life! Music is something I do for my own enjoyment and fun. It’s great if others like it too, but that’s a secondary hope rather than my reason ‘why’.

In trying to ‘relearn the craft’ I revisited some of the pop songs I did instrumental covers of as well as trying to rebuild, from scratch, my own originals. It took a lot of listening and working out plus a lot of trying to work out how to make it happen with new tools and an older brain. But I got there. If you’ve been reading the blog over the lockdown period you’ll have heard some of the tracks as I’ve finished them.

Songs from the border – the official release

Anyway it’s 28th July 2020 and I have just submitted “Songs from the border” to all the major streaming services. So be that Apple Music, Google Play Music / YouTube Music, Spotify, Deezer etc, it is out in the wild. 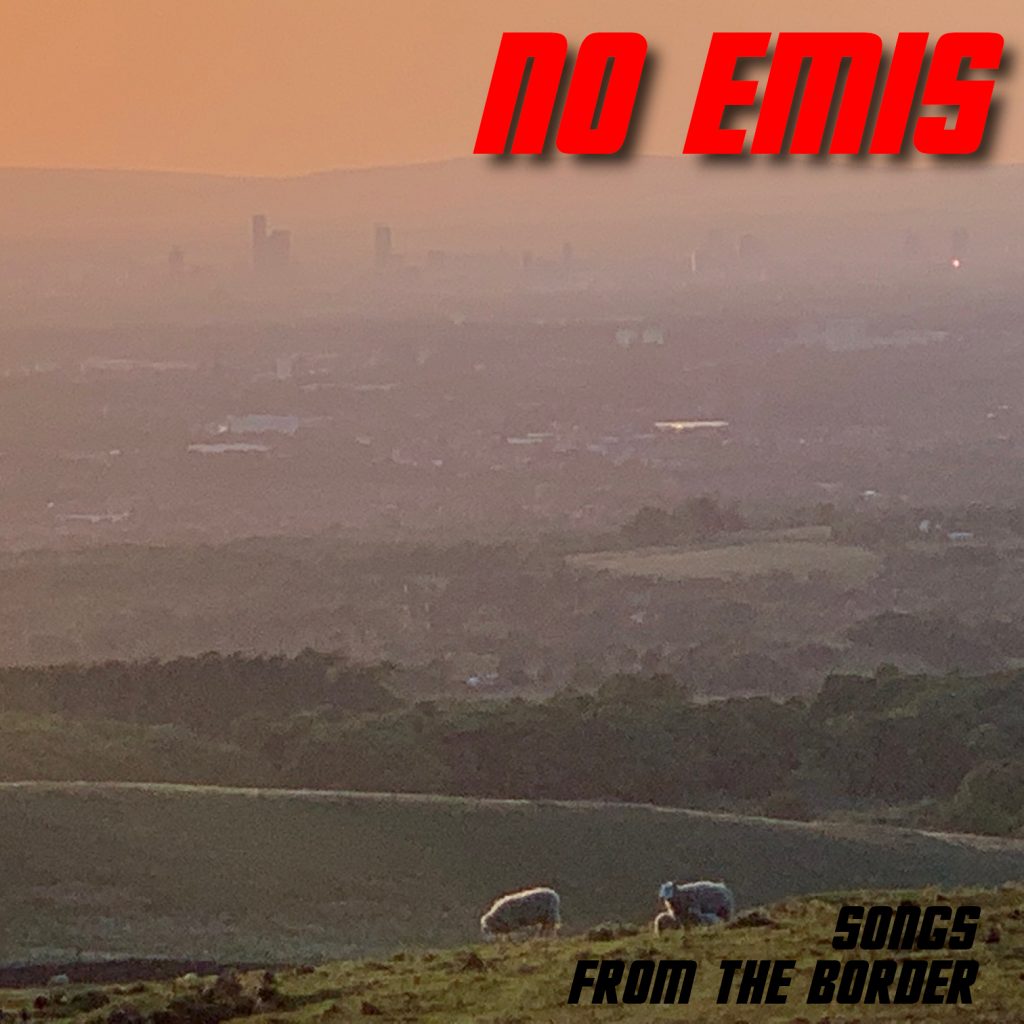 Songs from the border album cover

So you’ll be able to listen to the tracks (even buy them should you wish to!) alongside all the “proper” artists out there.

The mini-album is 4 tracks long. Prelude has been left out of all the recording to date. Drifting has always been a slight issue in that it was heavily influenced by a track I’d heard in the distant past. A track that I thought had some potential but I didn’t like how it was done at all. Drifting was me taking the inspiration from that and thinking I could do it better.

I was umming and ahring about whether to include it on the release, as it really was the first track I nailed back in 1989. I went as far as trying to locate the ‘original’ in order to see just how similar or otherwise they were. It took some finding, and whilst Drifting is different, I decided it best to leave it off, just in case.

And yes, Classique somehow got missed off. Oh well. It’ll get its own release at some point I guess.

Having done the official streaming sites I also uploaded the full *6 track* mini-album onto bandcamp. Bandcamp allows both streaming and downloads so go and check out Songs from the border in all its completeness.

Well nothing has changed, I’m still doing what I was doing before. But music-wise, I’ve started playing the piano again (and it’s not as awful as it could be with no practice in 30 years ) and I’ve started composing again. It’s slow but I’m enjoying it. This is entirely a hobby project for my own amusement, although if other people enjoy the music then that’s a bonus. More tracks will be released in due course, but I think it’s only fair that the original tracks get first dibs.

Be the first to comment on "A music release after 30 years!"