A bit about work

Throughout the pandemic to date, my day job has taken quite a battering. I’m effectively encapsulated within the holiday & leisure industry, despite being neither. I pick up work because people are on holiday, so if people can’t go on holiday, there’s not much for me to do.

But that’s all started to change in the last 6 weeks or so. Whilst the outlook is far from certain, people are desperate to get away from home, even if its within the UK to see relatives they’ve not seen in 12 months. And as such the stay-at-home pets need someone to look after them! In a similar manner to last summer things have gone from 0-100mph in a matter of a few days. Having been at zero for months this takes a bit of getting used to, all the planning that was second nature prior to the pandemic is a little more challenging, not least because the world changes on a daily basis, resulting in changes and re-arranges to anything and everything! 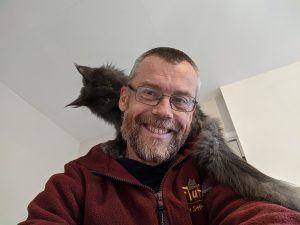 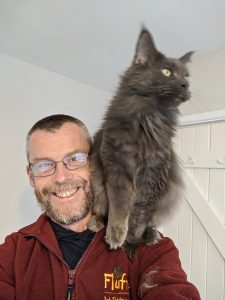 So work is coming back together which generally means the rest of life has to slow down to fit it all in.

A bit about running

That said, the rest of life hasn’t exactly been hammering anywhere recently either. I’ve had to step back significantly on the running as the mystery injury that manifested in mid January is still lingering on. My belief is that I’ve somehow torn the ligament on the top of my foot, although I really don’t know how this happened exactly. Possibly an overuse injury however it came on very suddenly despite not suffering an obvious traumatic event.

Ligaments take many months to heal. I thought it was well on the way, to the point I even booked onto a race that is happening this weekend. However the foot continues to grumble (it doesn’t hurt, there’s nothing that even my physio can see). Although I was desperate to go along and see how things went, the risk is to cause more damage and end up writing off another 5 months or more. Dropping out wasn’t an easy decision even though as a coach I would tell my runners to absolutely drop out and make a full recovery first. Very disappointing all the same.

My Lyme Runners group is hopefully going to come back in the next month. Due to National Trust policies we’ve been unable to meet as a group for 15 months, but with the end of lockdown in the UK looking like it’ll be with us very soon, that means we can get things back together.

Obviously there are a load of things to consider; the virus is endemic in society so pretending it isn’t relevant any more is a dangerous position to take (although no doubt many people in the world will choose to take this view). But it should all result in something that works better for the group and hopefully move us forward into a much more manageable and sustainable manner.

Meanwhile my official (UKA) club, Marple Runners have been able to meet regularly for a couple of months now. The sessions I run are all in a public park so that as long as we are following the official guidance both from the UK Government and from England Athletics, things can proceed relatively normally. It’s definitely been great to get back to coaching and helping other people with their running. Even if I’m not able to run myself!

In a similar vein, my third club (I didn’t set out to collect running clubs), Peak & Valley Trail Runners are also meeting regularly. We’re not quite at a place to launch officially at this point due to the complete uncertainty around the pandemic but hopefully that will change as things settle down later in the year. Unfortunately for me running up and down hills seems to really upset the foot so that’s all off-limits at the moment. I’m hoping that another month of healing will see a massive improvement and I’ll be able to get back to doing the sort of running I enjoy.

Whilst there hasn’t been any official music releases since I launched the last album (Beyond the Light) I’ve been quite busy all the same.

Following the lead of some of my talented musical friends I’ve started to dip my toe into creating videos for my YouTube channel. It’s easier to engage people’s attention with something nice to watch, rather than a static photo to accompany the music. I don’t think Stephen Spielberg should be getting worried about the competition, but I’m having a lot of fun with my creative side.

In terms of actually writing music, that’s chugging along at the moment. so far there’s about 10 tracks completed, but at this point I’ve not really worked out what Album 4 is going to look like. There’s no rush and it’s fun to see how these things develop.

I was interviewed on a friend’s music channel last night about my music. I had a lot of fun and it seemed to go very well. If you want to watch the show, here’s the link. 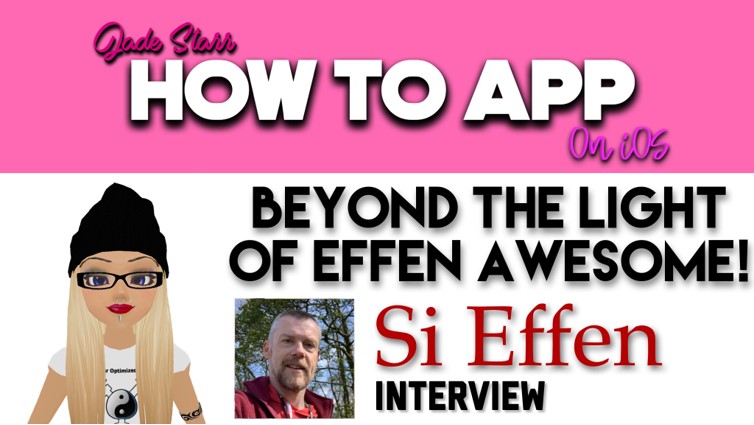 How to app on iOS show link

Unfortunately a massive storm hit in Australia and took out Jade’s power completely in the closing minutes of the show. We’d finished the interview so it was just the last piece of music at the end that was ended abruptly. So if you’re wondering what happened, that’s one of the perils of live TV!

Be the first to comment on "Life and an update"