It’s a month since I hurt my knee and whilst I’ve been active for most of that time, it’s only really the last week that I’ve done any running.

On the whole, the knee seems to be OK. The rest of me feels like a creaking disaster waiting to happen, but that’s another story. From speaking with my physio it looks like a compression wound on the ligament, which is why it’s taking its time to heal despite the actual knock at the time seeming relatively trivial. I’ve done back-to-back 10 mile trail runs this weekend and whilst there wasn’t very much climb or descent (intentionally) the knee did start to complain as we were finishing off today’s bounce around in the low cloud above Marple Bridge.

At least in the short term there’s no races to be had. (I did contemplate a 100 miler in September however the complete lack of long distance training kicked that one into touch before it risked getting a serious idea.) I’m still hoping that Escape from Meriden (EFM) 2020 will go ahead; it’s looking promising although the details won’t be hammered out until much nearer the time as the wider picture of the pandemic is still changing rapidly and will no doubt continue to do so. But obviously to give that a reasonable crack again this year, I need all limbs to be fully functional (accepting by the end of the race they probably will be somewhat less functional).

Looking ahead to a race….!

So that’s my training aim for the next 3ish months. To get myself physically fit enough again to take on a long distance event whilst allowing the knee to get over this niggle. These two goals may yet be mutually exclusive, but hopefully I’ll find a way through it. In the meantime I need to sit down with my maps and start giving EFM some serious thinking. My 2019 race didn’t go to plan really from the get go, and of course ended when my left foot disintegrated somewhere on the wrong side of Stoke. Had 2020 been a ‘normal year’ aka one without a total human race meltdown the big change would have been to the route. However, 2020 is what it is and the reality is that competitors will likely be haemorrhaged from Meriden over a number of hours instead of a mass ‘breakout’ at midnight.  With the normal setup, the first 8 hours pretty much are those where no shops are open, something to bear in mind when it comes to needing to restock on supplies. With start times likely being over a number of hours prior to midnight, managing this ‘isolation period’ is going to be more challenging. On the flip-side, starting earlier in the evening means being less sleep-deprived before setting off! 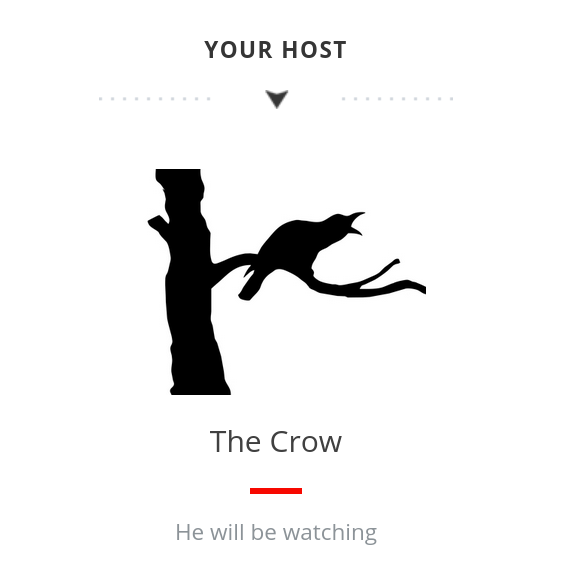 (As a side note, I fired up Google Maps and pulled up the map of the UK centred around Meriden and got that feeling of uneasy excitement in the stomach I get before races – haha.)

A final running comment for the week; finally, and after all this lay-up in August, I’ve hit 1000 miles for the year. For most of the runners I know this isn’t a big milestone and many of them are closer to 2000 miles than 1000 for the year now. However it’s also the first time I’ve managed 1000 miles before December. All being well, and the knee not giving up on me, I should manage a new personal record mileage for the year! 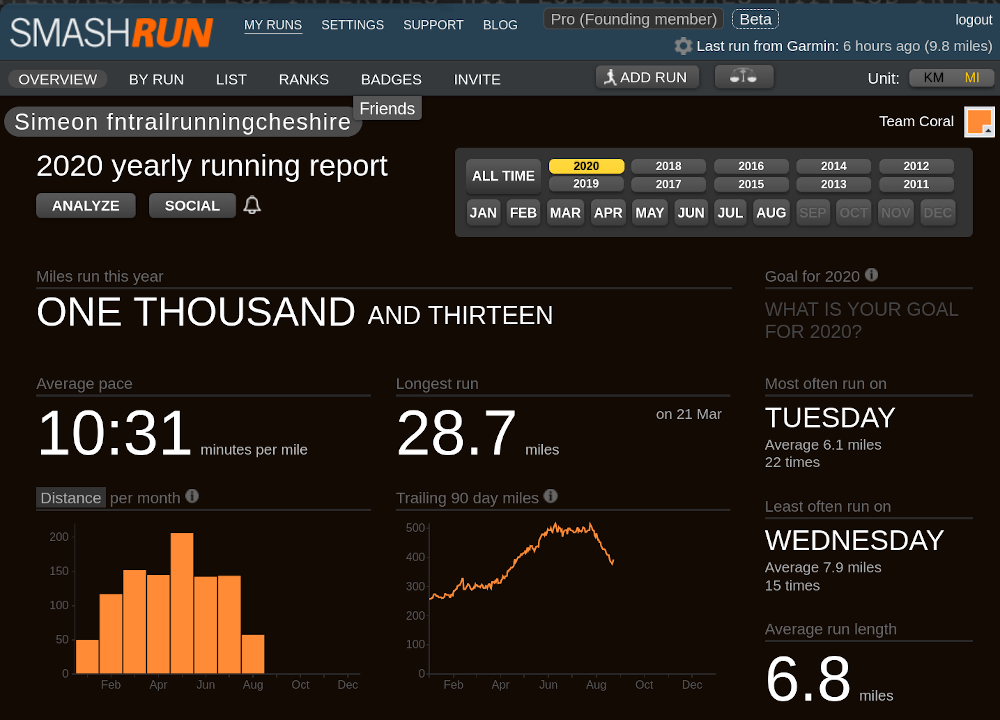 As has been a bit of a theme in recent blog posts, I’ve been trying to keep plugging away with my composition skills. As with any skill, practice is very important. I’ve noticed that since I started focusing a bit more on trying to come up with ideas and then turn them into something that actually the results haven’t been too bad. Sure I won’t be on Top of the Pops (that ship sailed many years ago) but I’m having a lot of fun trying to tease a bit of creativity out of an increasingly foggy head.

I came up with an idea a few weeks ago using a piano/bell type sound on the synths and decided to put some effort into that. For much of the early part of the week I was imagining it switching over to be purely a piano piece. The problem was that I couldn’t compose a left-hand accompaniment that wasn’t terrible. In 5 decades of my music it’s always been a weakness. So having firmed up exactly what the piece was going to do on a piano, I returned back to the synths to build up something more akin to orchestration (albeit without using an orchestra).

The first version was OK and I shared it with a few choice people to get some feedback to where it was. I don’t normally bother, but for some reason I just felt I needed a bit more of a nudge to get this one over the line. Having slept on it I made a few modifications and then about 24 hours of trying to get a mix that was vaguely in balance.

For once I struggled with a title. A lot has happened recently, either to me directly or to those around me, so ‘Reflections on the world around us’ seemed to encapsulate the mood of the piece.

It’s a piece I will probably revisit in time to see if I can turn it into a fully-functioning piano piece.

And what about those tapes……?

You may remember from my last post that I discovered some old tape cassettes of long-forgotten compositions. You may also remember that I wasn’t confident that there would be any gems in there. And I was right. As anticipated, most of the very early recordings relied on the backing tracks that the consumer-focused keyboards provided, which were themselves very much a product of their era. I think I had half-hoped there might be a nugget from my past that would be an idea that might fly. As it is the only flying that cassette will be doing is when I find an active volcano to hurl it into…….!

Be the first to comment on "Up and running. Ish"