Well it has been about 10 weeks since my injury-inducing run at Wrexham and after rather a large amount of physio I had at least got running again, although was slower and seemingly quicker to tire than before, despite the amount of aerobic exercise I’ve been doing on the bike as well.

I’d run 8 miles in the week and that had gone OK, save for the bizarre GPS trail that my Garmin had reported. However, the bike ride I did on Wednesday really tired me out. I mean to the point where afterwards I wondered whether it had been too much.

Just outside the Cat & Fiddle

The course I’d mapped out was a challenge, that was a given, with  several hilly bits to train my legs back up to being able to tackle Snowdonia next month. As it happens I missed one of the turnings; what appeared to be an obvious junction on the map was less than apparent in real life which resulted in the route being about 7 miles shorter and resulted in the last few miles actually being a lot flatter than had been in the original plan. In retrospect this was a good thing as my legs were finished by this point!

Even 2 days later I felt drained. I don’t know why it was so exhausting, only that it was!

In the end I managed a leisurely walk around the Roman Lakes in Marple, a wildlife area which I’ve intended to visit for the past few years but never actually managed to get around to it. 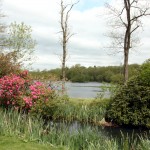 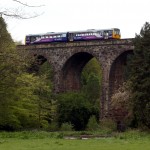 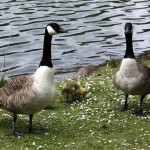 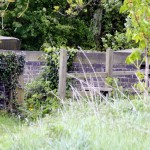 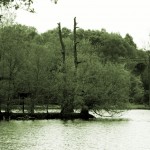 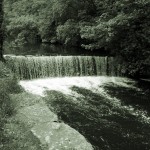 Having run the Buxton Half Marathon in 2013 I had intended to tackle Eyam in 2014, a couple of weeks before my Edinburgh marathon attempt. Eyam is another tough course and there seems to be a bit of a friendly rivalry as to which is the tougher run. However the 2014 plans were kiboshed with the piriformitis/sciatica which followed Wilmslow 2014.

It was only last week that I remembered about Eyam Half Marathon again and whilst I questioned whether I would manage such a race, it sowed the seed of a plan although with the aftermath of the bike ride I really doubted it would happen.

In the end, with the closing date being Friday, I decided to enter, on the grounds that it wasn’t as hideously expensive as a lot of the commercial races – Eyam is organised by the village to raise funds for the village – and if I had to drop out of going, it wouldn’t break the bank quite so much.

Eyam is a historically interesting place; in short during the plague (spread by rats) Eyam Village had the plague but the neighbouring villages did not. A decision was taken that Eyam would cut itself off from the rest of the world to contain the plague so that the other villages would not be infected. It resulted in potentially more deaths in the village itself as people could not get away, but it prevented a much more serious spread of the disease.

Driving over, I actually felt quite apprehensive. I’ve not felt nervous about a half-marathon in years. And with speaking to a load of the runners and finding out they were all fell-runners I did wonder if I’d bitten off more than I could chew with this one. Indeed the car park was at the bottom end of the first major climb. Which was significant!

The course itself consisted of a number of very steep uphill sections interspersed with longer less-steep downhill bits. And actually  I was going fine until the final uphill section when my legs decided they’d really had enough and wanted to go home! So I was reduced to a fast walk at about the 11 mile mark although I picked it up again just before the final mile which was very downhill.

I discovered that actually I could do downhill quite well in this race and overtook everyone who had passed me whilst I’d wimped out to a walk! In fact I was still accelerating as I returned to the village and across the line in a time of 1h39m42s according to my watch (official results yet to be published online).

So was it tougher than Buxton? Hard to say, they’re different with Buxton having longer more gradual climbs rather than the steep ones of Eyam. They both sport some amazing views over the Derbyshire countryside and I can whole-heartedly recommend both, but neither are for the faint-hearted!

Be the first to comment on "Of bikes, bridges and racing rats"